Kamloops City Councillor Tina Lange; “It's the next step to Kamloops coming of age.”

I don’t know about you, but for large concerts, the ISC is great – it’s a full house.  On the other hand, when it’s a smaller and more intimate performance going on, the ISC becomes a big empty echoing building that is far from being adequate for these types of events.  Simply put, it is not designed for those kind of events.
Again, Tina Lange agrees with that comment, stating to me, “We miss many performing groups because we don't have the right venue.”
She’s right!
If you agree with that comment (and I hope you do), then we do have a huge gap (and need) for a facility between what the Sagebrush Theatre and ISC offer.  NOT just in the number of seats, but in what would be ideal for artists to perform in – and in a facility properly designed for performing arts usage.
I also have to think that Kamloops is definitely being by-passed on the performing arts circuit as well because we do not have an adequate facility to meet the demands of performance in that 1,000 to 1,300 range.  Musicians, bands, and theatre groups can’t sell enough tickets with the limited seating of the Sagebrush Theatre, nor do they likely want to take a risk on the costs of renting the huge ISC.  Just looking at the types of facilities we have – and the seating variances, I feel confident in saying we are getting a pass on touring artists who are going elsewhere where quality performing arts centres are available to them.
This year, the outcome of consultations suggested a strong economic base to support arts and culture programming. The Feasibility Overview suggested … “Current analysis of Kamloops catchment area and available theatre seats suggests a shortfall of 1,056 seats and a lack of availability of booking dates in current facilities. Master Facility Functional Program suggests a 97,600 square feet facility with a 1200 seat Main Theatre, 350 seat Black Box/studio Theatre, Rehearsal Halls, Lobby, Back of House, Support Spaces, Administration and Desirable Amenities”
The Report from the Parks, Recreation, and Cultural Services Department, to City council recommended that council authorize: 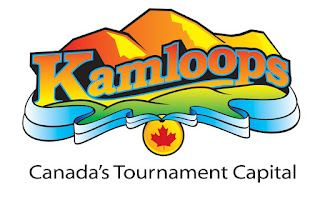 As I mentioned earlier, City Councillor Tina Lange is one who has been a strong proponent of the facility.  I asked her why, and along with the comments I have already noted, she also said that ... cities all over the world have proven the strong business case for such an investment ... a Performing Arts Centre attracts and keeps professionals in the community … it would give the sports city more cultural balance ... AND … it would bring people in from the region to spend money right here in Kamloops instead of elsewhere.

In addition, we will need to build a parkade regardless of whether we combine the projects, but doing both is a much better use of the land, and a performing arts facility would also fill the parkade at night as well.
Finally … for $40 per house, per year, you can't find a better investment for our great city!
While I generally tend to agree with what he has to say, I disagree with Jordan Bateman, of the Canadian Taxpayers Federation, who says … $90 million is too much for a city under 100,000.  I
It’s not, and that figure will only continue to grow the longer we wait. Tina Lange is right, the performing arts community is right.  We need this facility now – let’s not wait any longer.
The time to get the discussion rolling, so we have a YES vote later this year, is now.  Are you a proponent of constructing a new performing arts facility?  Then don’t wait till we’re a day or two away from voting.  Start talking to your friends and neighbours now, so they too will vote “Yes”.
I’m Alan Forseth in Kamloops … care to share any thought you have on this topic?