Most are so smug in their own elitist diatribe, I hope you’ll ram it right down their throats


The latest rant against the private education system in British Columbia continues to be a part of social media this week.  with that in mind, and since my original post on this earlier this week, I thought I would do a follow-up. 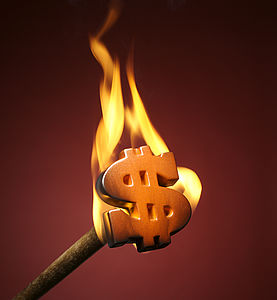 Did you know there are 76,000 children who are part of the private school education system in BC.  To move ALL of these students into the public system, the government would need to build, or create, an additional 3,040 classrooms.  On top of that there would of course be the necessary and required libraries, gyms, staff rooms, science and computer labs, metal and wood shops, offices, washrooms, etc.  Anyone care to guess what that would cost?

The private education system receives an FTE (full time equivalent) grant of $4,000 for each student, vs. the $8,000 grant required by school boards for every student in the public school system.  To move the entire 76,000 students from the private school system, to the public system, would cost BC taxpayers an additional $304,000,000 a year --- that’s Three Hundred and Four Million dollars a year!
In addition private schools are responsible for their own facilities … in other words the government (aka taxpayers) … do not pay for these facilities to be built.
I know I have said often enough, however it bears mentioning again.  The VAST majority of parents with children in private schools are NOT the elitists families that the BCTFA and their supporters claim them to be.
They are mainly just everyday middle class families, living in the same neighbourhoods as you and I.
Instead of buying summer lakefront properties, expensive recreational equipment, 80+ inch plasma TV, and any other number of toys, they choose to instead invest in their children’s education.
Next time you hear someone say that private schools are elitist and ripping off the public system, I hope you’ll remember this information.  Most are so smug in their own elitist diatribe, I hope you’ll ram it right down their throats.
I'm Alan Forseth in Kamloops ... would you care to share your thoughts on this?