You may like me, and others, see a certain amount of irony in the lack of tact the BC Conservative Party now takes


It seems like there was a lot of interest in my post from yesterday, "Your Application for Membership in the BC Conservative Party Has Not Been Accepted at this Time"

I have also received a number of personal messages, as well as comments on Facebook and Twitter.  I can group them into three categories.  Former BC Conservatives who were active, to very active in the party, but who have left ... one I am unsure of their political affiliation ... two from BC Liberals ... and one from the Green Party.

Some have also asked me why I asked to have my membership in the party cancelled in the first place.  To those asking, or who have forgotten, I refer you to this post I made back in May:  "With much regret and disappointment, the following notification, was sent by me, to the BC Conservative Party on Saturday May 23rd".  As I have stated now, it seems it's okay for the party to welcome back, with an apology, those who virtual ripped the party apart through a vicious and vindictive campaign, however someone like me who seriously questions what is going on, is now denied membership. 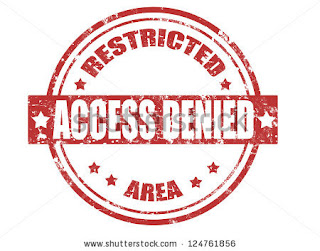 You may like me, and others, see a certain amount of irony in the lack of tact the BC Conservative Party now takes.  Regardless ... I appreciate the comments and support I have received.  Here's just a smattering ...

SS ... Are you freakin' serious? Are we STILL playing this childish game of high school clickiness. The party is never going to move forward with this backward way of thinking

TP ... I am proud of you for standing up for what you believe in and caring about this province.

SS #2 ... I'm curious why you still care, Al. Not why you care about a credible conservative opposition, but why that party specifically.

AS ... and you're surprised because?  I told you more than a year ago, Alan ... the inmates have taken over the asylum. And they're welcome to it. Other than that, I'm pretty much in total agreement with what SS said above.....

BW ... It would appear that the little fiefdom is safe from the likes of you!

SM ... The arrogant attitude of the provincial Conservative party towards Al Forseth is stunning in its stupidity.

BW ... Seriously. How will the party ever amount to anything if it's so paranoid it can't allow you as member?

TB ... Are you not playing nice with others again?

TP ... Sorry to see this. I stopped being a member after the Brook/Peterson leadership race.

JG ... They are well and truly done. I can hardly believe this really happened

NT ... There are policy holes in BC politics that need closing - either by strengthening the right's participation in the present government or by fostering another party.

PQ (on Twitter) ... @AlanForseth any #bcpoli party has a right to refuse membership but should least have decency to explain why #bccp did same to @bcbluecon

And also from PQ on Twitter ... @bcbluecon no:) l mean #bccp screwed @AlanForseth over like they screwed you over, refused to do the decent thing, give explanation #bcpoli

From people supporting other parties:

KK ... They always WERE losers, Al!  You're just too loyal to see it.
SP ... After all you have done for that organization I'm sorry to hear you're being treated like this.

BvS ... They are nuts.  Clearly the BCCP has no interest in actually being relevant in the 2017 election

Also from BvS ... You would be a major asset for any party, not taking you as a member is nuts especially when the BC Conservatives are going nowhere.  If I thought there was any chance the fit would work I would recruit you for the BC Greens.

There's a better way for the BC Conservative Party to do things, at least in my opinion.  That way is to once again re-engage the grassroots, ask for and be open to input, don't be afraid to be bold and brash and stand up for something, anything ... and finally they must clearly articulate how the BC Conservative Party would indeed be different from the BC Liberals and NDP.

Without those things in place, along with a belly filled with fire and steel to capture the hearts and minds of BC voters, the parties over --- literally.

In Kamloops, I'm Alan Forseth.  Please feel free to share your thoughts in the Comment section below