The negatives of that apparent strength, is that they serve only those in positions of power, the business elite, those with the money to bankroll their election campaigns 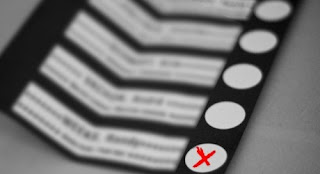 A couple of days ago a fellow former BC Conservative posed a question(s) to me regarding the organizational strengths and weaknesses of each of the four political parties in BC ... the Liberals, the Greens, the NDP, and the BC Conservatives.  He wasn't looking for a deep in-depth analysis, just a quick summary.

"Interesting", said I, upon which I replied back with the following before I had a chance to over-think my responses.  I just thought I would take a moment a share them with you.  Here goes:

In your opinion what are the organizational strengths of the BC Liberals?


Honestly I think it is simply that it 'appears' to be the only game in town.  It can draw from across the political landscape of municipal and Regional District leaders and politicians ...leaders of community groups ... businessmen and women and the like.


The negatives of that apparent strength, is that they serve only those in positions of power, the business elite, those with the money to bankroll their election campaigns, etc.  Everyday people feel a bigger and bigger disconnect from having any say in government plans and operations that affect their everyday life.

In your opinion what are the organizational strengths of the BC NDP?


Union donations and labour expertise to help in campaigns and getting the vote out.


While they can identify and get committed voters out, like the BC Liberals I believe there is a disconnect with everyday British Columbians as well.

The BC Liberals have done an effective job in painting them as the party of "No", however at the same time they (the Liberals) have taken no steps to show who technical, trades, and others can benefit from getting projects off the ground.  The BC Reform Party nearly succeeded in 1996 by drawing people in from both the centre right,, and centre left, however they failed to realize that they could not run a full provincial campaign their first time out.

Any new party MUST build its core, find its best riding for electing MLA's, and THEN and ONLY then show what it can do to attract broad support province wide.

In your opinion what are the organizational strengths of the BC Greens?


A very defined support base.


In your opinion what are the organizational strengths of the BC Conservatives? 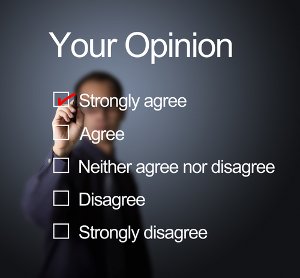 There are none ... nearly all who had any skills have left / fled the party.


Infighting ... lack of planning ... no financial resources ... no expertise in government and policy ... no 'positive' social media presence ... no connect with the media ... a lack of professional and management advisors ... a perceived / real closed shop clique of do it my way or else individuals.

Again, this wasn't intended to be an in-depth analysis, just quick observations.

It also might be interesting to note that the person that posed the question(s) to me, earlier this Spring, also said to me, "I'm frustrated with the argument that we (BC Liberals) are conservative, because we balance budgets by raising taxes, and we pay for things by continual rate increases."  Which perhaps leaves credence to my statement that the perception is there that the BC Liberals are the only game in town?

In Kamloops, I'm Alan Forseth. You've heard from me ... do you agree or disagree?