"Is the funding formula one third of net revenue ($125 million minimum) ... or has the government arbitrarily decided it will now be capped at $135?" And ... Happy New Year too.

2016 is hours away from wrapping up, and a new year looms just over the horizon.

Before I go though, I took some time this morning to have a look back at some stories from the blog this past year.  Not surprisingly, the two top stories were about the BC Conservative Party.

"Wasting one more minute of time and energy in the BC Conservative Party, by anyone, is sheer lunacy!"  from February 5th

"Dan Brooks hold, on the helm of the BC Conservative Party, seems very much in question"  from October 20th

Following that, from October 9th, came "How Much More Then Could We Be Thankful For?

On November 17th, "REALLY ... there aren't enough places already for people to get a drink?" caught peoples attention

And "You are welcome to believe whatever you want. I have to tell you however, you are living in a dream world if you think the majority of British Columbians will agree with you." peaked readers interests on June 10th

I'll mention this one as well, but it was only posted a on December 22nd;  "There certainly is a fluctuation ... government revenues fluctuate upwards, while grants to community groups fluctuate downwards!"

Why, you say, am I mentioning it?  Only because the BC Liberal government gave me more ammunition to work with. 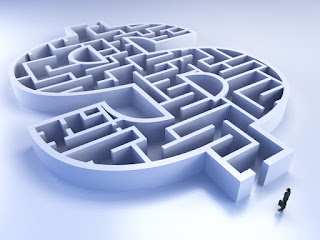 In there was a sentence which stated, "Every year, eligible not-for-profit organizations share $135 million in Community Gaming Grants, provided by the Government of British Columbia."

I missed that the first time round, when I wrote the post on December 22nd.  Which leads me back to what I thought was the agreed upon formula ... one third of net revenue, with a minimum of $125 million per year.

For the past five years the payment to community groups and organizations has been stalled just under $135 million.

So the question I at least am wondering is, "Is the funding formula one third of net revenue, ($125 million minimum) ... or has the government arbitrarily decided it will now be capped at $135?"

One thing is a sure bet.  The community groups dependent on gaming revenue to fund the work they do, aren't likely to complain.  They have to apply to receive a grant, and with less and less being distributed each year, who is going to risk the loss of their grant?

With that, I will close the door on 2016.  Thank you for joining me on this journey ... it will continue again early in January.  Meantime, here's hoping that your dreams and aspirations become reality ... and that new goals you set for yourself are achieved!

Oh, one more thing before I go ... Todd Stone and Peter Milobar will win both Kamloops ridings for the BC Liberals.  Even with the Greens and NDP splitting the center left vote, it would have happened regardless.  Following May's election loss, the NDP's John Horgan will resign.  That won't surprise anyone either.