I however, will continue to say, "Arrest, charge with attempted murder, and throw the manufacturers of this deadly poison in jail for a VERY LONG TIME!"

In his commentary he quotes the Dr Tyndale, of the BC Centre for Disease Control, as stating that the, "... manufacturers don't know what they're doing and they're putting out ridiculous concentrations of these drugs."

Seriously ... that's what a university trained mind comes up with?  The reality is these turds (I really wanted to use something stronger but held back) simply do not care, in the least, about the death and misery they hand out in the dark spaces they inhabit.

The Fentanyl crisis really only started to show up, as a possible upcoming problem, in 2011.  Yet in just six short years it has become critical.

That despite supervised injection sites opening all over the province, including here in Kamloops ... public education ... more training for those working at the street level with marginalized people, as well as health care workers ... thousand of Naloxone kits being handed out and available in problem, and public, areas ... and an injection of $10 million dollars from the federal government, sent to BC, to 'help fight the overdose crisis'

Let's see how well all of this is working for those at street level, who are addicted to drugs. 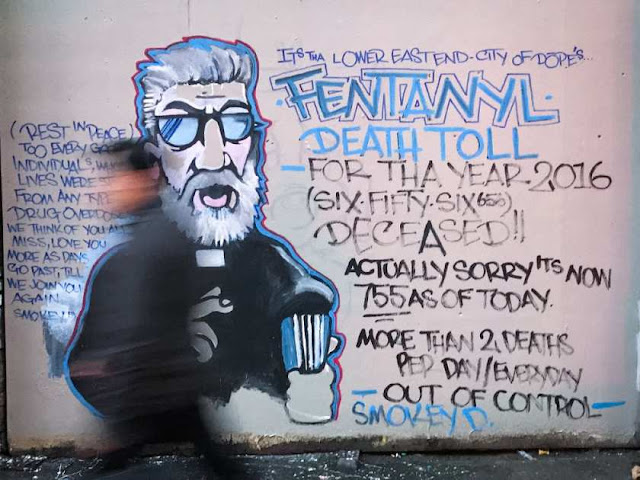 In 2011 there were just eight fentanyl related drug deaths ...

And this year?  From numerous news stories I have read, it appears BC will be seeing in excess of 1,500 deaths.  That is not just tragic --- it's criminal.


With that many deadly tragedies, you would think that political leaders at the municipal, provincial, and federal level would be working overtime at a possible solution -- like minimum sentences that relate to the reality of the crime being committed.

Unfortunately however, that is not the case. Our fearless leader, Justin Trudeau, has closed the books and said "NO" to any jail terms with real teeth to them.

In an article by Michael Spratt in Canadian Lawyer he asked the question, "So what can possibly explain the government’s lack of action on minimum sentences?"


He indicated the possibility that the government’s resolve on evidence-based decision-making and progressive justice policy may begin and end with public opinion.

He also went on to say, "Let’s be frank. The public’s opinion on minimum sentences is irrelevant if the goal is genuinely to enact policy based on evidence"

So what is the reality?

The Justin Trudeau federal government has done nothing -- is doing nothing.  It seems the government is in no hurry to make changes that could at least slow down this crisis of death and misery.

Meantime, from a Globe and Mail story in May of this year I read:
The B.C. Appeal Court said street-level fentanyl dealers should receive sentences of between 18 and 36 months, or longer, rather than the current range of six to 12 months.

And the same story had this from Saskatchewan Justice Richard Danyliuk, regarding a case he was presiding over:
"This is not intended to be a minimum sentence (2 years) ... my analysis is akin to the well-established starting point from our Court of Appeal for sexual assaults with significant aggravating factors ... harm caused by fentanyl is now widely know ... dealing in illicit fentanyl needs to be discouraged in the strongest fashion."

In Kamloops we also had a Judge using their own opinion to decide what the law should be.  This from the July 11, 2017 edition of Kamloops This Week:

A Kamloops judge declined to consider the presence of fentanyl an aggravating factor in handing down B.C.’s first sentence for trafficking the highly potent and potentially deadly synthetic opioid  ... Matthew Hickson was handed a 28-month prison sentence after pleading guilty to two counts of possession of a controlled substance for the purpose of trafficking — one for cocaine, the other for fentanyl.

I feel it incumbent upon me to note that when Matthew Hickson was arrested in Merritt in November of 2014, police found him to be carrying not only 490 Fentanyl pills, but also cocaine, steroids, marijuana, and magic mushrooms.

A twenty-eight month jail term.  That's all this slimy dick-head of a puke, with no concern for the death sentence he would be dealing out to some of societies most vulnerable people, received.

All he cared about was the ten's of thousands of dollars he would get from KNOWINGLY selling something that could cause near instant death.

A slap on the wrist sentence like that, should itself be criminal!!

Michael Spratt was right in saying that the government might cave to public opinion.  Personally, that's not how I believe laws should be enacted.  If however MP's sitting Ottawa can't come up with a common sense law to deal with this, then it is going to have to be incumbent on Canadians to demand it! 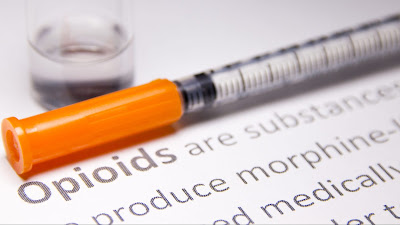 Finally let me say that if there is any silver lining to be found from these tragic deaths, Global News reported in June that one in four organs donated in BC, during the first six weeks of this year, came from people who had died from a fentanyl related drug overdose ... double the number of people from the same six week period in 2016.

All I can say is at least those deaths came with the possibility of providing continued life for someone else.