Let me be clear ... I DO NOT want to see the victims of this crime sent to jail -- they need help, and society needs to ensure it is available


While I will freely admit that my blog is 'generally' read by people who are centre-right, I actually do have friends right smack dab in the center of things ... and others who I would consider to be center left.  Mondays blog post, "At least those deaths came with the possibility of providing continued life for someone else" was for the most part accepted by all sides of the political 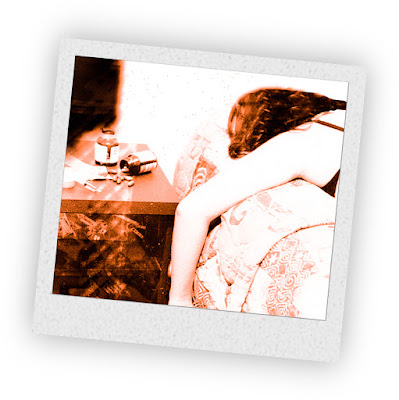 spectrum as fairly reasonable, although one of my political friends indicated, "not sure I'd want an organ donation from someone who died of drugs.  Rest is right on." (this individual is NOT center right :)

One of my friends however, and this individual is in fact one of my many media acquaintances, did take me to task.  One for selectively quoting the article from Kamloops This Week (although I did provide a link to the entire story) ... second that because the pills were stamped Percocet it could be said that Hickson indeed may not have known they were Fentanyl ... and third, I do not believe they were impressed with me calling Hickson a "slimy dick-head of a puke"

Fair enough.  I am willing to hear and take the critique, however, I don't necessarily have to agree though.  Here is what they had to say to me:

The same KTW story you selectively quote says the fentanyl pills found in Hickson's vehicle were stamped to look like Percocet and that B.C. Supreme Court Justice Hope Hyslop said there was no evidence that Hickson knew he was carrying fentanyl.

This contradicts your next several paragraphs. How is he a “slimy dick-head of a puke” who knowingly was selling something that could cause near instant death (presumably you’re talking about fentanyl) when there was no evidence he knew it was fentanyl?

Not an upstanding citizen, for sure, but c’mon. We’ve got to stick to evidence, don’t we?


I responded by stating ...

I hear you  ... however manufacturers, in these death labs, are all stamping their pills with different shapes, size, and names on them.  In this case (and maybe I should have made note of it), the circumstantial evidence was strong, when stacked with the rest of what was found in his vehicle.

Regardless, aside from the Pot, what he had in he vehicle COULD cause a near instant death sentence ... and as DrugAbuse.com states regarding Percocet, "Unfortunately Percocet abuse can lead to the same dangerous problems of dependence and addiction as the illicit street drugs that share its origin"

Whether he (Hickson) thought they were Percocet, or instead was well aware they were indeed Fentanyl, he WAS dealing a possible death sentence.  In my mind that makes it no less than the potential for manslaughter, which according to LawyerShop.ca has these factors to consider:
"If somebody is committing an illegal act and causes the death of an individual then they are found guilty of manslaughter. Though the person died, there was no intention to cause death. Perhaps, there was only an intention to hurt someone but if a person dies because of that criminal act, the charge is manslaughter.

The sentencing options for manslaughter are very complicated because there is no minimum. You can get anything from probation (which is unlikely) to life in jail. Often individuals found guilty of manslaughter will serve medium range penitentiary terms, in the neighbourhood of 7 to 15 years"

That information, is clearly with regards to Manslaughter ... however as Saskatchewan Justice Richard Danyliuk stated, in a case he was presiding over, (as noted in my original story) ... this is not intended to be a minimum sentence (2 years) ... my analysis is akin to the well-established starting point ... ... harm caused by fentanyl is now widely know ... dealing in illicit fentanyl needs to be discouraged in the strongest fashion.

Luckily, Hickson was caught before he had a chance to deal out a possible death sentence to some poor addicts.  Regardless, that doesn't mean the punishment he was dealt out in the Kamloops Courthouse was enough.

WELL OVER 1,500 people (sons, daughters, husbands, wives, fathers, mothers, friends and co-workers) will die this year because YES, some slimy dick-head of a puke couldn't care less what they were dealing ... had no care or concern as to whether it was clean, mixed with fentanyl, or some other poison ... or what amounts of each ingredient were going into the recipe / formula.

Let me be clear ... I DO NOT want to see the victims of this crime sent to jail -- they need help, and society needs to ensure that help is available.

The manufacturers of this poison however, don't give a shit about anyone other than themselves ... and how fast they can amass a large amounts of money to live a lifestyle they do not deserve.

Let the punishment fit the crime.