The level playing field has now been paved over with speed bumps ... OR ... "cleaning up B.C.’s “wild west” system of campaign finance" GreeNDP style

What do I think about the taxpayers of British Columbia chipping in millions of dollars for the election campaigns of Andrew Weaver and his Green Party?  John Horgan and his NDP?  Whoever is the next leader of the BC Liberals?  Or even for the party that I support -- the BC Conservatives?

I was honestly speechless earlier on first hearing, and reading, the news!  Friends of mine on Social media certainly had thoughts; here's just a few of them:

... I'm pretty sure John Horgan explicitly said there is no way that a ban on corporate and union donations would result in taxpayer funded campaigns ..."

"... because its so much more important that they take from everybody, rather than just those who are looking for favours ... we are sooooooo screwed ..."

" ... the bull shit NDP and Green conspiracy reveals its true nature in their campaign financing rules ..."

"... most people I've spoken with don't want to see direct to party subsidies or reimbursements ... " 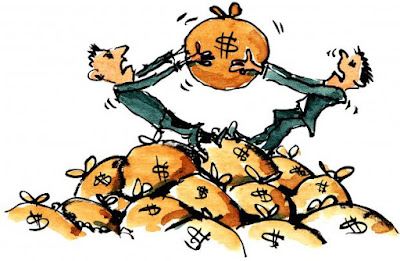 And as Vaughn Palmer stated in an opinion piece in the Vancouver Sun; “The Greens just won the lottery,” as one of my colleagues remarked.  Yes, but how often does the holder of the winning ticket get to pick it himself and also have a hand in setting the size of the prize?

The question being asked though is when did either Horgan, or Weaver, EVER state during Mays Provincial election campaign, that this was a plan they were considering?

And I'll go so far as to say Weaver was the worst of the two (between Horgan and himself), when it comes to having clean hands, after he was so officious and preachy about ridding BC of questionable donations.

Remember this story from the Globe and Mail back in May?
... when it came to campaign donations, his (Andrew Weaver) party was hitting up a prominent member of the Vancouver development community and major BC Liberal Party donor for a $30,000 contribution... the party said it approached "three or four" people about the possibility of donating up to this amount ...

In July of this year he also was quoted as stating that, “There is no reason why any B.C. political party should be accepting (those) donations.  Now is the time to end this practice while we move toward legislation on this file.”

Little did ANYONE know then, that his plan was to move back room deals from out of boardroom, and instead into the dark corners of the BC legislature, as he and Horgan schemed up this outrageous plan.

Having taxpayers fund future election campaigns, for ANY political party, is WRONG.  And if that was the plan all along, both Horgan and Weaver should have stated so!

For anyone not supporting any of the parties, I mentioned at the start of this post, I also have to think that this plan really borders on being taxation with out representation.

Also, in the fine points, is there (or will there be) any plan for individuals running as independents?  If not, then why not?  Would their campaigns be any less 'representative', or 'democratic', for the people who vote for them?  Why should they not be funded as well?

This scheme, or plan, is simply wrong on every single level.

If political parties cannot get the public to support them financially, then too bad for them.  They either have to present plans and policy that people will support, or else they should simply whither and die.

Those should be the only two choices, because those sitting in the BC Legislature have no moral authority to pass into legislation this little scheme of theirs.

IF they (the BC NDP and Green Parties) wish to present this idea in the NEXT election, and if they are elected, well then that will be another matter and I'll have to live with it.  Until then however, contact your MLA ... write to your local paper ... bombard your MLA with emails and letters.