But this is just one of the issues surrounding free, and not so free, interprovincial trade


In December 2014, federal, provincial and territorial governments began negotiations to strengthen and modernize the Agreement on Internal Trade – which last year (July 1st, 2017) resulted in the Canadian Free Trade Agreement (CFTA). This agreement covers most of the service economy, which accounts for 70 per cent of Canada’s GDP. 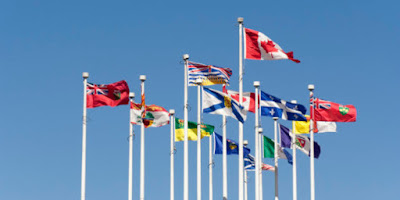 It also committed provincial governments to a comprehensive set of rules … ones which applied to almost all areas of economic activity in Canada, and exceptions were clearly identified.  The changes were also looked upon as opportunity to enhance innovation in the sharing economy, and clean technologies … all designed to promote Canada’s long-term economic development.

In advance of tomorrows gathering of Premiers, and the federal government led by Justin Trudeau, things seem a little fragile.

Manitoba Premier Brian Pallister is urging the federal Liberal government, of Justin Trudeau, to take concrete steps to end internal trade barriers and restrictions within its own control.

“Internal trade barriers are a pocket book issue for every Canadian.  They cost approximately $1,500 per family every year.  These barriers need to end and they need to end quickly,” said Pallister.  “Canada is an economic union and free trade is critical to our prosperity.  But markets and investors need certainty.”

Premiers of all provinces and territories have already prioritized meaningful work on trade barrier reduction in provincial areas such as alcohol, occupational health and safety, transportation and business registration.  This work is being led by Manitoba and Nova Scotia, and progress is being made.  Manitoba currently has no personal use limits for alcohol crossing its boundaries and recently became the first province to adopt a new national standard for occupational health and safety equipment.

Checking with David Eby’s Ministry of the Attorney General, specifically around the area of BC manufactured wines and spirits which seems to crop up regularly as an area of concern, I was told:


The Liquor Distribution Branch (LDB) does not classify non-B.C. products by the province of origin. For example, beer brewed in other provinces is classified as “Domestic – Other Province Beer.”

Furthermore, the spokesperson for the BC AG’s Ministry stated:
“All manufacturers that wish to sell product in B.C. must have it registered with the Liquor Distribution Branch (LDB). Once a product is registered, it is available for purchase via wholesale by individual Licensee Retail Stores (private liquor stores) or government BC Liquor Stores.”

Meantime next door in Alberta, Rachael Notley’s NDP government is launching a trade challenge against Ontario over unfair liquor policies that prevent Alberta manufacturers from accessing the Ontario market.  Apparently, Alberta lists 3,700 products from other parts of Canada … including 745 from Ontario. By contrast, according to the Alberta government, Ontario imports only about 20 Alberta products despite their market being three times as large.

According to Deron Bilous, Minister of Economic Development & Trade:
“It doesn’t make any sense that it’s easier to sell Alberta beer in Tokyo than it is in Toronto. It’s unacceptable.”

Bilous continued, “We’re fighting for the Alberta craft liquor manufacturers who create good jobs here in our province. They deserve a level playing field to sell their products across the country, without unfair trade barriers. We need more trade, not less.”

Back home in BC, I was reminded of the recent spate between BC and Alberta, and asked for comment:

“There was a dispute between BC and Alberta, which was launched on February 6th, when Alberta Premier Rachel Notley announced her government was boycotting all imports of BC wines”, a spokesperson stated.

BC launched a formal complaint against Alberta on February 19 of this year, because the government believed Alberta’s action violated numerous provisions of the Canadian Free Trade Agreement.

“Alberta suspended its boycott against provincial wines on the 22nd of February, and we continue to monitor the situation”.

That said, the BC Craft Brewers guild has expressed concerns about changes in 2016 made by Alberta, related to tax levels on out of province craft beer manufacturers.  Ken Beattie, Executive Director of the BC Craft Brewers Guild informed me that previous to the changes small BC craft brewers paid a 10-cent mark-up.  That changed to $1.25 for all product being sold in Alberta, regardless of where is was brewed … this, to stimulate the growth of Alberta breweries.

This was challenged in court however as the Alberta government then provided subsidies to their breweries to reduce the cost back down to the 10-cent mark.

According to Notley, “We have spent a long time here in Alberta supporting the liquor industries of other provinces, and it’s about time that we stand up for Alberta producers and the workers who are working in this province.”

That did not pass musters as multiple legal challenges failed, including a $100 million-dollar lawsuit filed on behalf of out-of-province craft brewers over losses they suffered due to the Alberta subsidy program. 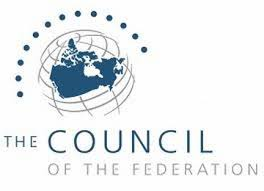 But this is just one of the issues surrounding free, and not so free, interprovincial trade.

According to Pallister, “The federal government needs to demonstrate leadership on resolving issues within their own areas of responsibility”.

He then continued, “Bill C-69 also confirms Ottawa doesn’t fully understand the tremendous negative impact of additional regulatory burdens.  Whether it’s a pipeline, a transmission line or a flood relief project, we can’t lose sight of the need for certainty and the importance of secure market access.”

That sets up a fight tomorrow between Ontario Premier Doug Ford, Saskatchewan Premier Scott Moe, Alberta Premier Rachael Notley, and New Brunswick’s Blaine Higgs over the implementation of Carbon Taxes by the Trudeau government … as well as the crisis facing the oil producing provinces, inaction on getting pipelines approved and as Pallister was saying, Bill C-69.

Trudeau seems hell-bent on not making these topics of specific discussion tomorrow … the Premiers insist they will be.  Stay tuned … we’ll see how this plays out in the early hours of tomorrow.