FELDSTED: Equalization is broken, and the federal government is complicit in perpetuating a system of support to provinces that is unequal, unfair and unreasonable 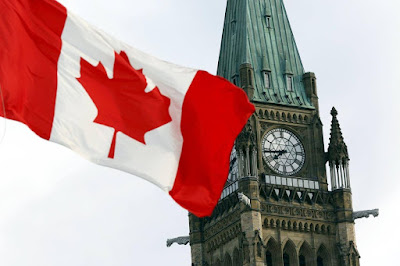 Quebec will receive $13.1-billion in equalization payments next year – a $1.4-billion increase – while Alberta, Saskatchewan and Newfoundland and Labrador continue to be left out even though Canada’s oil-producing provinces are facing deficits and hard times.

The governments of Alberta, Saskatchewan and Newfoundland and Labrador – where government finances are heavily influenced by the state of the energy sector – are all running budget deficits … in contrast, Quebec’s government announced last month that the province’s finances for the year were sitting at a $3-billion surplus …

Equalization is broken. The federal government is complicit in perpetuating a system of support to provinces that is unequal, unfair and unreasonable. 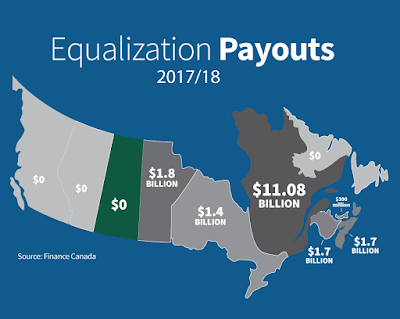 The equalization formula was due to expire March 31, 2019, and it followed that there should have been extensive consultation with provinces prior to renewal. Instead the federal government extended the formula to 2024 under its June 2014 Budget Implementation Act.

Debates over equalization payments are never easy.  Many, especially in the west, were pushing for changes, but this debate ended before it even began. The government avoided controversy by ducking its responsibility to treat provinces equally and fairly.

Actions speak louder than words and this action is not acceptable. Our federal government is too timid to exercise its authority and build the pipelines we need to market our resources. Pretending that its reluctance is a result of its commitment to fight climate change is ridiculous. The world is not reducing carbon emissions to meet Paris Agreement targets.

It is delusional for our government to believe that it is, and that Canada can contribute significantly to reducing atmospheric carbon dioxide levels. Common sense and critical analysis are not government strong points. We deserve better.