FELDSTED: Why do some people think they have the power to limit our freedom of expression, and tell us an issue or topic is off limits because they know the ‘proper’ answers. DARE TO BE DIFFERENT!


Dare to be different – Part 1

Most of us are so beleaguered with tasks, fretting over our bank accounts, and honouring our commitments to family and friends, we have little time left to enough to enjoy the love and warmth that our families and friends bring to us over the holidays and all year through.

The day to day struggle often seems overwhelming, but much of that is an illusion. 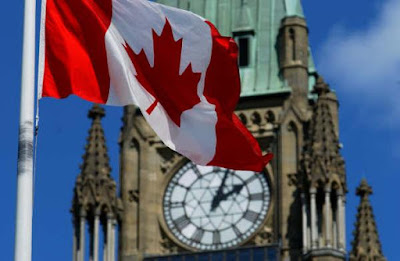 Each and every one of you is important. You are a vital part of what Canada is. You are law abiding, caring, empathetic, generous, intelligent, loving, reasonable, responsible citizens. You give what you can afford (or a bit more) to charities, you volunteer in service clubs, to your community centre or school or kids sports team or a soup kitchen, homeless shelter ... there is no end to the list.

That is why we must dare to be different.

We need to confront political correctness. Why do some people think they have the power to limit our freedom of expression? They try to tell us an issue or topic is off limits because they know the ‘proper’ answers. They can’t defend their positions and attack anyone who dare to question them. We have graduate degrees from the school of hard knocks. We will not be degraded by anyone. If they are not civil and polite, they can expect to be called out as the ignorant and uncivil thugs they are.
Political parties and politicians are locked in a power struggle. They promise us more and better, but not much changes after an election. We are stuck with too much expensive government that does not change to avoid doing more of the same the previous government did.

We wonder why Andrew Scheer and the Conservative Party don’t get more press when they confront Justin Trudeau's  Liberal government. The answer is distressingly simple. The Liberals have an 11-seat majority. That means they cannot be defeated by the combined opposition. No matter how correct opposition criticism is or how stupid government policies are, the Liberals cannot be brought down until October 2019. They are politically bullet proof. 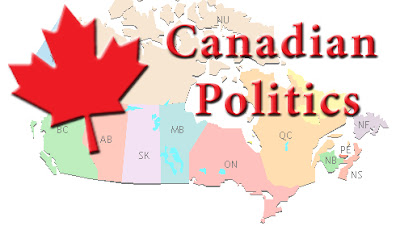 We can demand answers from our MPs. We will get garble for answers, but come October, we can vote accordingly.

We need to produce our list of election issues. We must not allow political parties to decide what the issues will be. They exist to serve us not to rule us. If they can’t or won’t take a stand on the issues we raise, don’t vote for them. We don’t need to kiss anyone’s rear end.

Some hot topics we need to demand answers on are:


We have to find our voices and express ourselves. Our political system is failing us. We need drastic changes to how we are governed.

We have shunned protest because special interest groups resort to spectacular and unreasonable tactics. We condemn such tactics and will continue to do so.

However, effective protest has to be focused, polite, rational and respectful. Political parties and governments have no idea how to deal with reasonable and rational protest against their policies and practices. They have never had to face disgruntled constituencies and take responsibility for their sworn duty to represent us.

We can change that, and I suggest we do.  And now, Dare to Be Different, Part Two.

Dare to be different – Part 2

I find myself watching less and less TV. I watch newscasts on CBC, CTV, Global, Fox News, CNN and possibly Bloomberg or BBC. I read newspapers from all over with the same problem. How many of these news items are relevant to me? 85% are irrelevant trash. I don’t care what the Democrats are saying about the Republicans. Donald Trump spends about 1% of his time dealing with Canada. The rest is irrelevant.

Reporters regularly go to university professors for support for their interpretations. It is not for our benefit. Journalists were schooled universities run by tenured professors who will not tolerate anyone who questions their world view. They have turned our universities from institutions that reveled in robust debate of theories, ideas, ideals, politics and propositions into groupthink sewage tanks.

The media is feeding us distraction.

Media moguls don’t want us to ask our governments why the media giants appear immune from a Competitions Act investigation.

Our government does not want us questioning its harmful policies and decisions.

Consider this speech by Rex Murphy to the Manning Centre. It is long but provides a perspective on Alberta and resource development that is compelling. It is worth the time invested.

I also recommend another worth-while and educational piece How Canada Worked to Stoke Climate Alarmism by Dr. Tim Ball, as well as his book Human Caused Global Warming.
We are not dependent on the media to do research and educate ourselves on important issues of the day.

If we want change, we have to arm ourselves with factual information to take on the elitists.