Our freedoms of belief, conscience expression, and thought are of little value if they do not lead to robust public debate on all issues relevant to our society 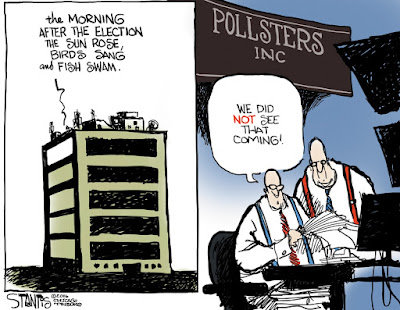 Political parties are intent on using pollsters, and focus groups, to measure the mood of the public and intently scrutinize results to see how it might affect policies they adopt.  Fair enough … governments and opposition parties are elected to serve the people, but with 338 elected members in the House of Commons, one would expect that they have a finger on the pulse of the public they serve.  However, we should be wary of political parties being heavily influenced by polling results, rather then listening to their representatives.

That leads to a second problem … risk aversion. Political parties are wary of any policy or political decision that might cost them support and votes. One group they are concerned with though are the voices of lobbyists and pressure groups – the ones that do not represent mainstream society. Their fear of minorities leads to risk aversion and increases paralysis. The reverse is also true as politicians seem to be serving the interests of minorities rather than the mainstream.

The third indicator is a universal fear of controversy, which leads to censorship; controversial issues are shunned. When Liberal backbencher Iqra Khalid tabled motion M-103 (the anti-islamophobia motion) many were surprised that the Liberal Party came out in full support.  The Motion was controversial and had stirred considerable debate in the media, and in public. As long as the motion was before the House of Commons, controversy would continue. By supporting the motion and getting it passed, the government effectively stifled debate and is under no obligation to act on the Motion. The Motion will now gather dust.

The same tactic was used to deal with pipeline construction. Energy East was choked off by the government continually raising the bar for construction approval. Eventually investors and contractors withdrew, tired of silly games and took billion in investments with them. Trans Mountain proved more difficult, so the government bought it.  Now it seems there is no visible plan for completing the extension, or for removing the regulatory chaos that led to frivolous law suits and legal chaos.

The forth factor is a ‘them and us’ mentality, where copious energy and time is devoted to battling other political parties rather than serving the public. Governments are secretive, pretending that they are plotting again their opponents. They have forgotten that they are in the legislature, or parliament to represent Canadians, not to play war games with one another.

Our freedoms of belief, conscience, expression and thought are of little value if they do not lead to robust public debate on all issues relevant to our society. No one, nor any group should be able to dominate debate and discussion of any issue.

That is of particular significance in our legislatures and parliament. Every MLA, MNA, MP and MPP must have a full voice in his or her party, and in the legislature or parliament they are elected to. That is why they are there … to represent the people who elected them, not to carry out the plans of the governing cabinet or party officials. They exist to guard against legislation which is not in the interests of all Canadians, and to offer better solutions to problems our governments face.

There can be no back-benchers in a democratic government. If we allow division of representatives, we fail democracy. Appointment to a cabinet post is not an appointment to power; it is an appointment to specific responsibility in governance along with the duties and accountability for that office.

Forming a government does not include a Royal prerogative. We took care of that nonsense 800 years ago with enactment of the Magna Carta.