Our government is trying to scare the pants off of us, and flogging a fraud, while ensuring we can’t afford the pants. All the while the 24 major carbon emitters refuse to external audits of emissions and reductions

KATOWICE, Poland -- After two weeks of bruising negotiations, officials from almost 200 countries agreed Saturday on universal, transparent rules that will govern efforts to cut emissions and curb global warming. Fierce disagreements on two other climate issues were kicked down the road for a year to help bridge a chasm of opinions on the best solutions.

The deal agreed upon at UN climate talks in Poland enables countries to put into action the principles in the 2015 Paris climate accord.

But to the frustration of environmental activists and some countries who were urging more ambitious climate goals, negotiators delayed decisions on two key issues until next year in an effort to get a deal on them. 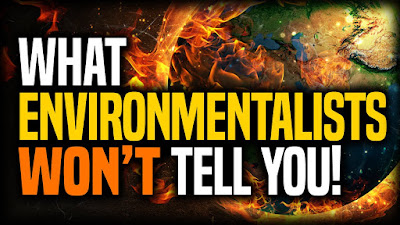 Forgive my bluntness, but this is the sort of crap that falls out of the north end of a south-bound goose.

Without assurance that the 24 major carbon emitters have agreed to hard reduction targets ... AND ... are willing to accept an external audit of emissions and reductions, our government is flogging a fraud.

If Canada is determined to take a lead role in combating climate change, she can call a meeting of the 23 other emitting nations and discuss what they can do without the pressures and hype that are common to IPCC gab-fests. Until that happens, don’t call me or call on me to help save the planet.

I don’t care what conclusions almost 200 nations at a two-week IPCC gab-fest reach. The United Nations lists 197-member nations. 24 of those nations produce over 250,000 KTs of carbon or more annually and account for 82% of total world carbon emissions (2015 figures). Pretending that the weight of opinion is on side with the IPCC is ridiculous. The IPCC is trying to have undemocratic nations set rules for the developed world.

The opinions and options of the 24 nations who will feel the results of emission reductions is what really matters which is why the IPCC avoids dealing directly with the group.
The big six, in order, China, the United States, India, Russia, Japan and Germany account for 61% of all carbon emissions. If those nations are not committed to carbon emission reduction targets, no plan to reduce emissions can succeed. China does not consider herself to be a developed nation.

The pretense that since ‘almost 200 nations agree’ their plans will succeed is dishonest. The majority of nations signing on will not feel any economic crunch. Consensus of a group comprised of 88% freeloaders is not valuable.
“One major sticking point was how to create a functioning market in carbon credits. Economists believe that an international trading system could be an effective way to drive down greenhouse gas emissions and raise large amounts of money for measures to curb global warming.

But Brazil wanted to keep the piles of carbon credits it had amassed under an old system that developed countries say wasn't credible or transparent.”

The main aim of climate change fervour is still to ‘raise money’ and we don’t need to wonder who the money is going to be raised from. Carbon trading schemes don’t reduce carbon emissions. They allow large emitters to buy credits from others and carry on their emissions.

That ... does nothing to combat climate change. 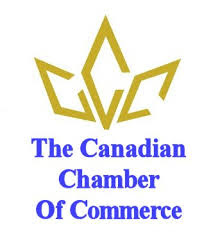 Meantime ... here at home ... The Canadian Chamber of Commerce says the business community in Canada is solidly backing carbon pricing as the way for it to "play its part in the fight against climate change" — and it wants governments to stop playing politics and waffling about it.

TO WHICH I SAY, “May the Canadian Chamber of Commerce enjoy a lump of coal for Christmas”.

Businesses will pass on costs of carbon taxation, to Canadian consumers, by increasing costs in-store on the price tag. Those of us who have to purchase goods and services will simply end up being stuck with the tab, in addition to the direct taxes we may have to pay.

Like most others determined to combat climate change, business wants someone else to pay for the combat. Governments ... local, provincial, and federal ... are all breaking an arm patting themselves on the back for leadership in combating climate change.  The fact however is that it is bread winners and wage earners who pay the tab. We all have less discretionary income.

While the global warming mob is determined to scare our pants off, with dire predictions of global catastrophe if we don’t impoverish ourselves to ‘save the climate’, our governments seem equally determined to ensure we cannot afford to buy pants to be scared off.

No one at the United Nations or the IPCC is elected, and our governments at all levels are not looking after our best interests.

What happened to the democratic principles of governance by the people for the people?