ROTHENBURGER: How is opposing birthright citizenship against Canadian values?

Birthright citizenship just might become the hot button issue of the next federal election. 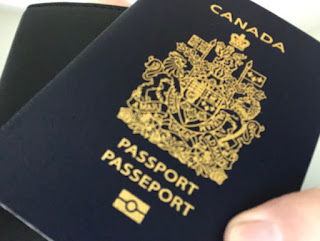 It has all the necessary ingredients. A divide between the left and the right. Ethnic and racial implications. Questions about national identity. Budgetary impacts. Canadian values.

Ending birthright citizenship is now official Conservative Party policy. If the Tories get their way, the automatic granting of citizenship to anyone born here will be eliminated. Instead, they would have to have at least one parent who is a Canadian citizen or permanent resident.

Opponents of the proposal say it’s un-Canadian. “We should not pick and choose who should be Canadian (citizens) upon birth,” said one.

Well, why not? What’s sacred about birth tourism? What category of Canadian values does it come within?

Under the current system, pregnant foreign residents can travel to Canada, give birth here and thereby reserve all the social supports Canada has to offer for their babies.

Those who find the idea of eliminating the practice objectionable argue that it might be a non-problem looking for a solution. But if the problem is small in scope now, what’s the rationale for waiting until it grows?

And the problem is this: under birthright citizenship, Canadian taxpayers pay the bill.

It doesn’t seem unreasonable to expect those born here to have some connection to the country other than the accidental or intentional coincidence of their parents having visited here at the time of birth.

How is it “division and hate,” as characterized by NDP leader Jagmeet Singh?
Children born to Canadian mothers in most of Europe, Asia or Africa don’t get citizenship in those countries.

Mel Rothenburger is a former mayor of Kamloops and newspaper editor. He publishes the ArmchairMayor.ca opinion website, and is a director on the Thompson-Nicola Regional District board.