The BC NDP, like the BC Liberals before then, continue to use taxpayers as a piggy bank to be robbed over and over again


According to BC NDP Finance Minister Carole James, our province is operating debt-free for the first time in more than 40 years – this according to the Province’s Second Quarterly Report.

Late last month she told all of us in the province …

“When we formed government, we committed to do things differently. We promised British Columbians that we would take on the big challenges in our province from the housing crisis to child care”

“…results show that our plan is working and that investing in people pays dividends. We’re tackling our province’s major challenges head on and, at the same time, eliminating BC’s operating debt for the first time in over 40 years.”

When I asked about this, a spokesperson from the Finance Ministry indicated this is the first time Operating Debt has been eliminated since the 1975 / 76 budget year. So how does the operating debt differ from governments accumulated debt you ask, as did I? That same spokesperson offered this explanation:

Government operating debt refers to debt incurred for funding operating deficits — or the difference between the Province’s annual revenue, and for day-to-day expenses for things like healthcare delivery, education and other government services. It also does not include borrowing for capital investments, such as roads and hospitals.

But what about taxpayers, and how they are fairing?

According to BC Conservative Interim Party leader Scott Anderson, "The BC NDP, with the active collusion of the Green Party, has raised taxes on individuals, and put heavier burdens on businesses, municipalities, and public organizations like school districts.”

He went on to say, “Earlier this spring they raised the BC Liberal Carbon tax to the highest level ever, which means that the price of virtually everything goes up too."

Still, or perhaps because of that, the Ministry of Finance stated the provincial government continues to make record-level capital investments in housing, schools and hospitals.  When I asked how this was being done, I was told … decreases in taxpayer supported debt improve the Province’s key debt affordability metrics – Debt-to-GDP is down to 14.4% and debt-to-revenue is down to 75.6%.

So, at least to the government’s way of thinking, it had nothing to do with increased taxes and fees – just good governance so that government can invest more in the people of BC.

On the negative side of the provinces latest financial report card however, is news of a larger than expected decline in property transfer tax revenues -- up another $150 million … and as we have already heard recently, second quarter results for ICBC shows a further slide in revenues of $206 million.

With the ying and the yang of those things, the projected surplus to government appears to be $1.35 billion for the 2018-19 fiscal year.  In late August, a government media release stated that for the 2017 / 2018 year, "... audited financial statements show an operating surplus of $301 million".

Could one reason for that be those increased taxes and fees I mentioned … such as the NDP’s payroll health tax?  The BC Conservatives Scott Anderson has previously stated:

"Not only is the NDP government taxing businesses in BC twice for the same thing in 2019 while giving nothing back to the citizens of BC, they are also downloading the cost of healthcare onto the workers of BC through the back door." 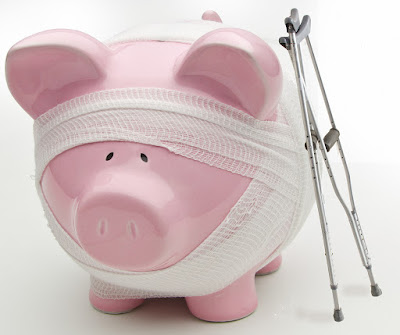 By now, there should be no doubt to anyone that employers in BC, including those in both the private and public sector, were hit, and continue to be hit, with millions of dollars in new payroll taxes.

While I did also ask for comment from Finance Ministry Carole James, on how the new estimated budget surplus of 1.35 billion will be allocated between new and or proposed programs ... and how much may be applied towards the overall provincial debt, that question went unanswered.

It’s a debt that will have to be paid by this coming generation, and maybe even the one after.  Is that a legacy we wish to leave them?

Before I close on this commentary, it should be noted that I did ask for comment from BC Liberal Finance critic Shirley Bond – she declined comment.