While Eby’s plan alleges it will ‘put ICBC on a path so that it can once again work in the interests of all drivers in BC’ ... the risk of ‘political interference’ will remain

“Today, British Columbian drivers are again faced with the reality of the financial crisis at ICBC left by the previous government. This situation was so dire that, had our government not moved to stop the bleeding, the announcement today would have been almost a 40% increase.

“What’s worse is that these repeated increases could have been prevented. The previous government was presented with clear solutions to ICBC’s financial crisis and warned that if it did not act, drivers would suffer the consequences. They not only ignored the warning, they hid the solutions from the public.

However, an August 2017 report by Mark Milke (PhD), for the Canadian Taxpayers Federation, stated that issues go much further back:
Political interference in the marketplace was not limited “only” to a ban on competition with the creation of ICBC. Early on, in the setting of rates, the government acted against the advice of ICBC actuaries. As one history of the decision-making process recounts, “the NDP caucus decided upon a structure lower than suggested by its professional advisers.”

Still, Attorney General David Eby says:
“Our government has taken on the difficult work of fixing the problems left behind at ICBC, including implementing the very solutions the old government was told could have prevented this mess. The changes will come into effect in the spring, which will significantly reduce the legal costs associated to minor injury claims and provide enhanced care for people injured in crashes.”

“We are also undertaking a historic modernization of our public auto-insurer to make insurance rates fairer for people in BC”, he continued.

The question still remains though, do we still need ICBC?  Not according to Milke:

The case for ending ICBC’s monopoly is straightforward and based on a number of empirical realities: First, the reality of political interference – past, present and (just as likely) in the future; second, the reality of monopolistic behaviour in the marketplace and conversely, the effect of competition in the marketplace; third, the example of past successful decisions in Canada and in other liberal democracies to return government-owned businesses to the private sector as a means to a competitive, consumer-friendly market.

And while Eby’s plan alleges it will put ICBC on a path so that it can once again work in the interests of all drivers in BC.... the risk of political interference, by whichever government is in power, will always there.  Which is perhaps why Mark Milke suggested 6 options for the future of ICBC.

Of those 6, there were three most which he believed to be the most consumer-friendly:
... close and wind down the operations of ICBC, and then allow full competition once again
... allow for the break up of ICBC, into its various components, thus creating smaller companies in competition with each other ... along with full competition for consumers by private insurance companies
... a Vancity Credit Union / Mountain Equipment style co-op, which would be owned by, and exists for, the benefit of its members ... plus full competition

The third option is in keeping, interestingly enough, with policy of the BC Conservative Party.  Interim leader Scott Anderson today stated:

“Four months ago, before this latest news of financial cratering within ICBC, we stated that a full overhaul was what was needed”.

Again, let me say clearly and without reservation, "ICBC needs a full overhaul!"

“While David Eby blames the previous BC Liberal government for, according to him, not acting on clear solutions, Mr. Milke was correct in his assertation that the reality of political interference has occurred by all governments in the past”, Anderson continued.

"The Liberals used it as a piggybank and the NDP's answer has been to tinker with it, all the while keeping it tangled in a massive bureaucratic rat's nest, still embedded in an archaic Crown Corporation.”

Last September, the BC Taxpayers Federation pointed out that BC drivers paid the second highest auto insurance rates in Canada – higher than in neighbouring Alberta. They also stated that between 2011 and 2015, BC had the second highest percentage increase in rates, behind only the province of Saskatchewan. 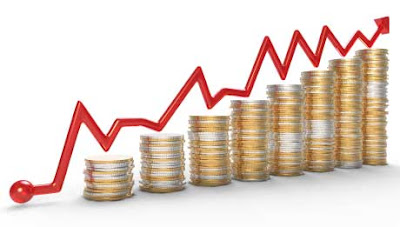 That makes sense given that last year British Columbians faced an average increase of 8%, or roughly $130 ... and if approved by the BC Utilities Commission, the new 6.7% rate increase will add another $60 on average for personal basic insurance coverage.

On hearing news of the latest rate increase coming up for ICBC, the Conservatives Scott Anderson observed:
“The BC Conservatives will turn ICBC into a co-operative, ensuring that BC drivers who pay premiums will be the ones who own the organization. A co-operative will work in drivers’ best interest, rather than serving the government of the day".

"We will also open the industry to private competition, to help drive rates lower”, he concluded

Yesterday the NDP’s David Eby told British Columbians that we deserve a government that will be accountable and honest about ICBC’s current financial challenges.

He concluded by saying, “We have put ICBC on a path so that it can once again work in the interests of all drivers in BC”

Time will tell ... and so will the voters of BC come next election, as this will likely be one of the key factors impacting our ballot choice.