FELDSTED: Taking a road less travelled. Saving jobs is a side issue – a ‘red herring’; not a justification for unlawful interference in the judicial process. 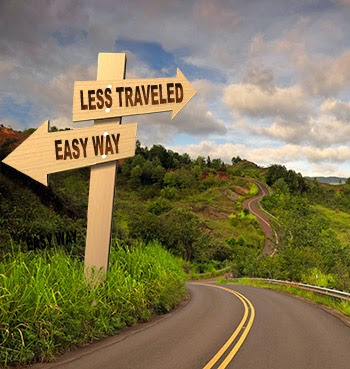 The saddest part about the unravelling SNC-Lavalin scandal is how shocked we are when an honest and ethical member of the government refuses to be bullied and stands up for the rule of law and good government. Very few of us realized how far we have fallen from the basic principles honest and open democratic governance. We presumed that our government obeyed the law. Apparently not so.

We have grumbled about government favouritism to central Canada, but we have never been confronted with obvious favouritism that goes far beyond favours for friends and crosses the lines of ethical, equal and legal treatment of all Canadians.

Our democracy has been hijacked by political parties who have no interest in good government. Their focus in on acquiring and maintaining political power. As a consequence, every decision made by the government in power is weighed in the balance of electability – will this decision garner votes or lose us votes in an election? Can the decision be modified to give us a better result?

Governing based on electability naturally gives an advantage to our most heavily populated areas. That is why auto worker jobs in Ontario, and construction jobs in Quebec, gain the attention of the federal government while jobs in our fisheries, forestry and petroleum sectors are considered collateral damage unworthy of special attention because the political fallout is manageable.

Watching Prime Minister Justin Trudeau on TV last night, speaking after Jody Wilson-Raybould testified before the Commons Justice Committee, was painful. He disagreed with her assessment of being under intense pressure to interfere in SNC-Lavalin prosecutions. We don’t care if he ‘disagrees’. That is not the issue. Did he and his senior staff try to coerce Wilson-Raybould to interfere in the SNC-Lavalin prosecution or not? Saving jobs is a side issue – a ‘red herring’; not a justification for unlawful interference in the judicial process.

In his next statement, Prime Minister Trudeau answered the question by stating that his government had an obligation to save jobs and maintain the economy. In his mind that allows the PMO to try to convince Wilson-Raybould to interfere in a prosecution which is unlawful. Worse than his splitting hairs to justify unethical actions, his is not consistent. If a government has an obligation to protect jobs, he cannot explain why preserving jobs in the oil patch was not a government priority.

The government has no business interfering in private enterprise. The government’s job is to create an economic environment that encourages private sector investment and for business and industry to locate and thrive in Canada. Government interference in private enterprise has the opposite effect by creating a two-tier business environment where the playing field is not level and investors are wary.

Not many years ago, SNC-Lavalin could not secure major contracts through its offices in Calgary because local governments would not accept the bribery common in Quebec contracting. That speaks to the dangers of government interference in business rather than ensuring the playing field is the same everywhere in the nation.

Prime Minister Trudeau has taken advantage of a system that lacks the checks and balances that ensure that governments act ethically and lawfully. We must ensure that the PMO, and Parliament, are restructured to prevent recurrence under any government. Some things that must change:

... the Senate must be depoliticized and follow the constitution which has representatives divided by region (Atlantic, Quebec, Ontario & West) not by political affiliation;

... we must reinstate the Executive, which consists of the Governor General acting on behalf of the Queen, supported by a non-political Privy Council Office that acts as a resource and counsel to the Governor General.  Additionally, we need to divide the offices of the Attorney General and Justice Minister. The Attorney General cannot participate in Cabinet discussions without compromising the position and the Justice Minister prides assistance and advice to Cabinet and cannot deal with Justice Department issues and matters;

After that, we need to implement and enforce strict rules that prohibit political parties from influencing elected members in any way, and stop all ‘whipped’ votes in the Commons. All MPs must be free to vote on any issue in accordance with their understanding of the issues and in the interests of the people they represent;

We need to eliminate “omnibus bills” that make changes to two or more major pieces of legislation to escape scrutiny of the changes by the appropriate House standing committees.

As called for by a number of provinces, we need to amend and simplify the Equalization formula calculation. Its complexity invites abuse. Cheats and crooks are good at figuring out how to beat the system.

Additionally, we need to rescind the Official Languages Act. Most of its key elements were incorporated into the 1982 amendments to the Constitution, under the Charter of Rights and Freedoms. We do not need a commissioner dictating what government positions must be bilingual. Civil service promotions must be merit based. Providing services in both languages is a service level activity, not a management requirement.

And finally, we need to rescind the Canadian Multiculturalism Act. We managed to get along without government guidance for 121 years before this travesty was introduced and settled differences without bloodshed. We do not need to be told how to respect one another.

All of the above can be accomplished without constitutional changes. All of these issues are covered in various pieces of legislation the government created and can amend.