HEALTH: “What contagion does thus invade the whole body, so much resist medical art, becomes inoculated so readily, and so cruelly tortures the patient”


Today, something totally different in terms of a commentary, as it touches on Health, rather than politics.  However, as the header on the blog states, this site is for a discussion on political, economic and social issues in British Columbia, and Canada.

I get media releases from across Western Canada, as well as trigger notices from the media – large and small.

Just a short week and a half ago a media release from the government of Manitoba caught my attention, and further discussions with the BC Centre for Disease Control, and the Interior Health Authority, told me it was indeed time for something different – something important.

“If I were asked which is the most destructive of all diseases I should unhesitatingly reply, it is that (syphilis) which for some years has been raging with impunity … What contagion does thus invade the whole body, so much resist medical art, becomes inoculated so readily, and so cruelly tortures the patient?”  Desiderius Erasmus, 1520

And against that backdrop, and nugget of information, comes news of late from Manitoba that the number of cases diagnosed in pregnant women is continuing to rise.  In a February 25th media release they announced that more than 10 infants have been treated for congenital syphilis in the last six months, and a lack of prenatal care and substance use have been identified as factors in these cases. 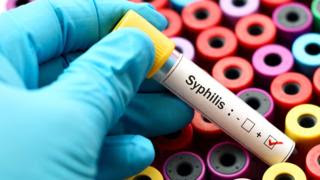 Additionally, the release indicated that multiple Canadian provinces, including Alberta, Quebec and Newfoundland and Labrador, have reported congenital syphilis cases in recent years.  Overall infectious syphilis has been increasing in the province of BC, including the region covered by the Interior Health Authority, since 2011.  South of the 49th, the Centre for Disease Control and Prevention is reporting the highest rates of congenital syphilis cases in decades.

Canadian data show that from 2010 to 2015, the rate of infectious syphilis in Canada increased by 85.6%, from 5.0 to 9.3 cases per 100,000 population.  Rates of syphilis continue to rise in Canada, especially among young men, and this is consistent with trends in the United States and the UK and European Union.

According the US Centres for Disease Control and Prevention (CDC) released an ambitious proposal to “eliminate syphilis from the United States” – that was twenty years ago – however the plan seems to have worked rather poorly. Soon after the proposal’s issue, infection rates began to head in the wrong direction and then worsened with the rates of syphilis quadrupling.

In the United Kingdom (UK), the disease was, in effect, eradicated in the mid-80s only to re-emerge around 1999.


Congenital syphilis, a nearly eradicated condition in which the infection is passed from mother to fetus, has also sharply increased—by nearly 28% from a low base in one year. That is distressing not only because the disease is easily detected and treated by a course of antibiotics, but also because afflicted mothers have a 40% chance of a stillbirth.

Which is why the province of Manitoba has urged all women to seek regular prenatal medical care and to receive at least one test for syphilis and other sexually transmitted infections.  Infectious syphilis acquired prior to or during pregnancy can be vertically transmitted to the infant which can have serious consequences.

According to the US Centre for Disease Control, up to 40% of babies born to women with untreated syphilis may be stillborn, or die from infection as a newborn.  Infants born with congenital syphilis might have numerous problems, while untreated babies that survive the newborn period can develop problems later on, they may also be developmentally delayed or have seizures.

According to the media department for the Interior Health Authority (IHA), the number of early congenital syphilis cases in BC is quite small – there have been a total of 7 cases between 2007-2016. The last case in BC was in 2013.  Despite the low number of cases, prenatal screening for syphilis is recommended for all pregnant women in BC, as treatment will reduce the risk of transmission to or complications in infants.

I commented that in the past it’s been said that that the risk of getting syphilis is often an issue at large outdoor multi-day events such as music festival, or large multi-day outdoor gatherings.  That was indeed verified as the IHA confirmed that:

“Risky behavior like drinking and drug use that may be increased at festivals can interfere with your ability to make decisions to practice safer sex. Sexually transmitted infections like syphilis affect both men and women and can affect overall health and well-being”.

It the affects on overall health and well-being are very real, as Jason Wong, physician epidemiogist with Clinical Prevention Services at the BC Centre for Disease Control stated:
“Untreated, syphilis can lead to major health issues, including permanent damage to the brain, eyes, heart, and liver”.

He continued, “However, syphilis is curable and treating syphilis can prevent permanent damage.  Thus, we recommend that people who are sexually active test regularly for syphilis”.

As the Manitoba government media release from February 25th stated ... syphilis is known as the ‘great imitator’ because of the wide range of symptoms that infected individuals may develop, and these symptoms can be confused with other conditions or diseases.

If you, or someone you know, may have questions or concerns, here are a few resources that are available:

Manitoba Health, Seniors and Active Living is actively engaged in a province-wide response to the current outbreak ... CLICK HERE for available information

And the BC Centre for Disease Control public website with general information about infectious syphilis and some links to sexual health resources.