MILOBAR: My colleague had every right to demand answers — especially considering we haven’t seen or heard anything since he made that promise nearly two years ago

The NDP governments neglect of the Interior forest industry hit a new low last week, when Premier John Horgan had the audacity to accuse Fraser-Nicola BC Liberal MLA Jackie Tegart of ‘whining’ when she asked tough questions about his lack of action on the softwood lumber file.

That kind of remark is appalling. My colleague had every right to demand answers from the man who vowed he would be directly involved in negotiations — especially considering we haven’t seen or heard anything since he made that promise nearly two years ago.

His comment also dismisses her constituents’ legitimate concerns for their livelihoods. It was a heartless thing to say, after MLA Tegart noted constituents were coming to her office in tears because of rolling layoffs at the local mill.

Unfortunately, the premier didn’t stop at just one questionable remark in last Thursday’s question period. He also did a complete ‘180’ from his previous position and declared it’s not his job to stand up for the province in the softwood lumber negotiations, even though he regularly meets with Washington State Governor Jay Inslee. The pair held a joint news conference just weeks ago and never even raised the topic.

Horgan then topped himself again in Question Period this past Monday, when in response to another question on softwood from MLA Tegart, he accused the Opposition of suddenly trying to ‘fabricate’ an issue. Is he actually questioning the very valid and real concerns of forestry workers? 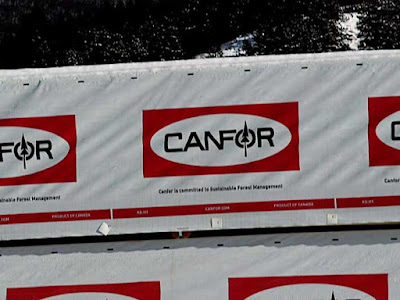 January 30th, 2019
Canfor Corporation (TSX:CFP) announced today it will be temporarily curtailing operations at three British Columbia mills due to log supply constraints, log costs and current market conditions.
Canfor’s sawmill in Vavenby will be curtailed for six weeks from February 11 to March 22, 2019. In addition, Canfor’s sawmills in Houston and Mackenzie will be curtailed for one week each in Q1.

We need real leadership to get results for our forest industry — especially in the Interior, which is still suffering from the impacts of wildfires and reduced available timber, on top of the lack of a softwood agreement. Sadly, our premier has left the softwood file to other provincial leaders to figure out.

Recently, the premier of New Brunswick headed a joint mission of premiers to Washington, to meet with all state governors with a goal to end punishing tariffs on Canadian imports including softwood lumber.  But John Horgan wasn’t there, despite the fact B.C. is responsible for 50 per cent of all softwood lumber exports to the United States.

He has, however, cut the governor of Washington a $600,000 cheque to study a high-speed rail link between Seattle and Vancouver — even though Canadians would be precluded by U.S. law from working on the project in any way.

He has also stood shoulder-to-shoulder with Inslee to oppose the Trans Mountain pipeline expansion.

The difficulties in the forestry industry disproportionately impact the Interior industry and despite this fact, to date the province has put a much greater focus on the coastal industry. As we speak, hundreds of workers in Interior mills are facing production curtailments, shutdowns and reduced hours without much concern from the NDP.

It’s time for this Premier and government to take real action to defend the jobs and livelihoods of Interior workers— instead of dismissing those concerns as ‘whining’ when they are raised in the Legislature. 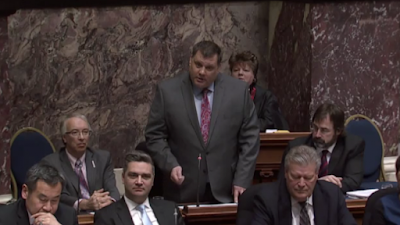 ABOUT PETER MILOBAR:
Peter was elected MLA for Kamloops-North Thompson in May 2017.

He is the Official Opposition Critic for Environment and Climate Change and is a Member of the Select Standing Committees on Crown Corporations and Finance and Government Services.

Before entering provincial politics, Peter was mayor of Kamloops for three terms, after previously serving two as councillor. He served as chair of the Thompson Regional Hospital District for five terms, and was a director for the Thompson-Nicola Regional District since 2005.