ROTHENBURGER -- Without the Trudeau bandwagon at play in 2019 as it was in 2015, will the Liberal vote that was so strong here in 2015 be prone to erosion?


Used with permission of the author --- first posted in CFJC Today

VETERAN BROADCAST JOURNALIST-turned website scribe Bob Price called to ask me who’s going to win Kamloops-Thompson-Cariboo in October. He was putting together a look-ahead story for The Orca, the online publication for which he now writes.

What did Jim Harrison predict, I wanted to know?

“Too close to call,” said Price.

I can do better than that, I told him. If the election were held tomorrow, Cathy McLeod would keep her seat for the Conservatives by 3,000 votes. But that is not a prediction of what will happen Oct. 21. 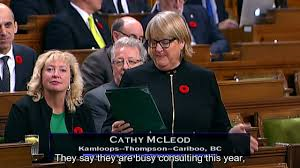 Price reminded me that McLeod won by about 3,000 votes in 2015, too, prevailing over the NDP’s Bill Sundhu and the Liberals’ Steve Powrie.

This is true, I acknowledged, but different factors are at play now. In my view, there are three keys that will determine the outcome, and I’ll get to them in a minute.

Let’s keep in mind the riding has never been strong for the Liberals. Only once, in 1968, did they manage to get hold of it, and that came when Len Marchand Sr. rode in on the strength of Trudeaumania, of the Pierre kind. Len Sr. held onto it until 1979 when the Tories under Joe Clark briefly took it back, followed by the 20-year Nelson Riis era for the NDP.

Since Riis was finally defeated, the NDP has been runner-up but in 2019 the party has disintegrated both federally and locally. The New Dems would have needed a strong candidate like Sundhu to poll well here in October; instead, their unknown candidate from up in the Cariboo has withdrawn and they don’t have a replacement. One wonders whether Sundhu might step in and carry the NDP banner again for the sake of the party, but he shows no signs of doing so.

There’s no question this is a two-person, two-party race. If you doubt that, try to name the candidates in Kamloops-Thompson-Cariboo other than Terry Lake and McLeod. Do you know the name of the People’s Party of Canada candidate, or the Communist candidate? How about the Greens? Probably a better chance there, but I’ll bet more than half the eligible voters in the riding don’t know his name yet.

That doesn’t mean, of course, they won’t mark their ballots for him. Green supporters will vote for their man or woman no matter what. Given the situation in this riding, the NDP vote is almost certainly a lot softer.

Traditional wisdom says NDP voters will be on the hunt for somewhere safe to park their vote, and the most likely place will be with the Liberals. For one thing, they know who Terry Lake is, and for another, the Liberals don’t have a terrible record on the environment.

But a good many of them could go Green, especially as they learn, after the writ drops, that the party has a credible candidate in lawyer Iain Currie.

Some pundits say the real battle for green votes is between the Greens and the NDP. The Greens, for example, aim at cutting emissions by 60 per cent by 2030, while the NDP promise a 38 per cent cut, both substantially above the Liberal pledge of 30 per cent.

It’s of interest that when Lake announced his candidacy, he claimed the reason he decided to re-enter politics and run for the Liberals was Justin Trudeau’s climate action plan. But Trudeau isn’t overly popular with greenies hereabouts since he decided to buy Trans Mountain and push it through.

There will be plenty of campaigning aimed at disputing each other’s promises and numbers but, suffice it to say, the Liberals aren’t an automatic choice as an alternative on what’s shaping up to be the country’s number one issue. The result could be that the disaffected NDP vote will be a wash, benefitting neither Liberals nor Conservatives. Add to this the Greens’ momentum across the country and it makes that scenario a distinct possibility.

Then there are the candidates themselves, McLeod and Lake. McLeod has a solid record as a constituency MP. And while her speeches get little notice back home, she often carries the ball in the House of Commons for the Conservatives on key issues. There won’t be an anti-McLeod vote for her opponents to exploit.

But, of course, Lake is a formidable challenger. His experience as City councillor, mayor, then provincial cabinet minister gave him a high profile in B.C. politics and he appears to have a strong campaign team around him. And he’s been the underdog before.

The outcome in Kamloops-Thompson-Cariboo, however, could be outside the influence of local candidates and their campaigns. It could well be in the hands of Justin Trudeau and Andrew Scheer.

Trudeau has managed to scrap his way up from a huge deficit after SNC-Lavalin to make his Liberals once again competitive with the Conservatives, and voters are unsure of Scheer. Yet Trudeau trails Scheer, Jagmeet Singh of the NDP and Elizabeth May of the Greens in personal popularity, according to a new poll released just two days ago by the Angus Reid Institute.

That makes hitching your star to Trudeau, as Lake has, anything but a sure path to Ottawa.

And, while we might speculate about a splitting off of the NDP base hereabouts, the ARI poll raises an interesting scenario with the Liberals. ARI found that, nationally, 36 per cent of those who supported the Liberals in 2015 plan to switch to another party — 13 per cent to the Conservatives and 12 per cent to the NDP, with the rest scattered. 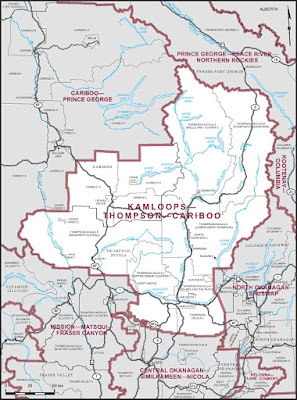 Without the Trudeau bandwagon at play in 2019 as it was in 2015, will the Liberal vote that was so strong here in 2015 be prone to erosion?

Price, on the other hand, points out that McLeod’s vote has been diminished since she was first elected. Yes and no. In 2008, she succeeded Betty Hinton, keeping the riding for the Conservatives, winning by almost 6,000 votes over the NDP and 20,000 more than the Liberal candidate.

In 2015, the year of Trudeaumania version 2.0, she held on to her seat, though by that dramatically reduced margin.

Now, about those three keys to the outcome in Kamloops-Thompson-Cariboo.

To take this riding away from McLeod, Lake will have to convince voters he can do more for them than McLeod has done, Trudeau will have to out-campaign Scheer, and the Green momentum will have to stop short of Kamloops.

Mel Rothenburger is a former mayor of Kamloops and newspaper editor. He publishes the ArmchairMayor.ca opinion website, and is a director on the Thompson-Nicola Regional District board. He can be reached at mrothenburger@armchairmayor.ca.