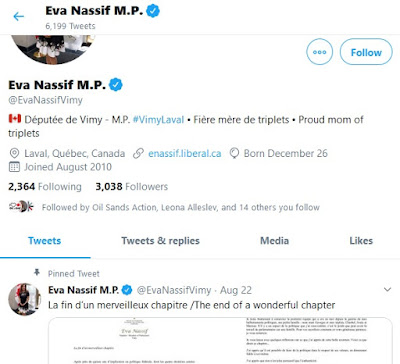 The entire executive in the riding was "stunned'' by the recent developments, he said.

The following images are the two-page letter that Eva Lassif wrote to her constituents ... and to her fellow MPs ... with an explanation: 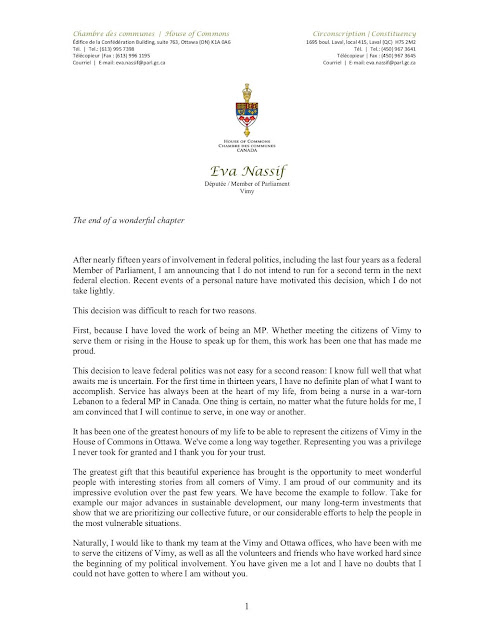 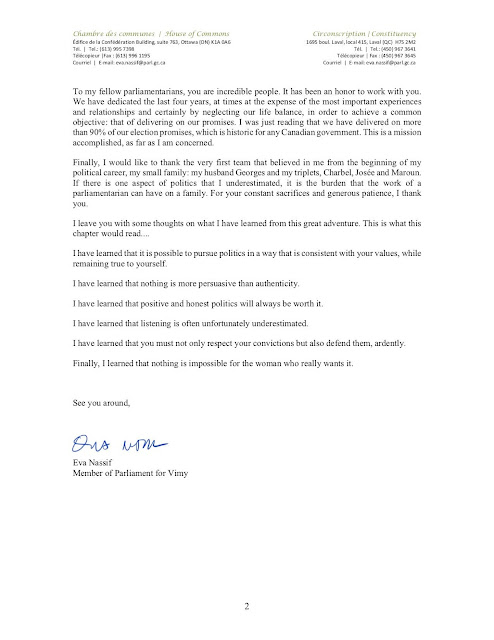 It seem, that our so-called ‘feminist’ Prime Minister is having a hard time keeping women MP’s on Team Trudeau. A number have either left the party ranks, are retiring, or have been kicked out, including Caesar- Chavannes, Jody Wilson-Raybould, Jane Philpott, and Pamela Goldsmith-Jones to name just a few.

... she confirmed that approaching the Tories was entirely her own initiative. She submitted her nomination package having been inspired by people like longtime Conservative MP Michelle Rempel, somebody to whom she felt she could relate.

“I want to give other people somebody to relate to,” she said. As far as the party seeming to recruit a younger, more female roster, Rattée said, “I think personally that they are doing an excellent job of it. But I don’t think that it is something that they necessarily set out to do.”

In what looks like a tight race to a majority government, Scheer’s Conservatives are attracting, and assembling, a bright new group of candidates -- with no restrictions on the boundaries of social, ethnic, sexuality, and religious confines -- ready to take the reins of power in the halls of Parliament after October 21st.

Which means while the Liberal Party and its supporters try and paint the federal Conservatives as the party of old white men, and relics of a social age long past, candidates such as Claire Rattée are proving them wrong.