‘A bit of a rant, but this issue is very personal for the Dad in me, and many, many parents and grand-parents who are in full support of our call for action’ ~~ Kamloops South Thompson MLA Todd Stone

Jaycen Stephens, 19, said “You just feel like your lungs are filled with fluid constantly and it makes breathing really heavy and hard.”

Commenting on this, Kamloops South Thompson Liberal MLA Todd Stone stated, “Our youth shouldn’t be put into this position in the first place. Jurisdictions all around us are taking action to combat the dramatic increase in youth vaping, yet we continue to wait here in BC”. 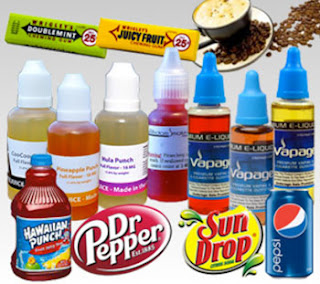 “For the past 6 months, I’ve been calling on the John Horgan government to take action to curb surging youth vaping rates, including banning vape juice flavouring (as the states of Washington, New York, Michigan, Rhode Island and Massachusetts have done - with more soon to follow) ... banning all vape product advertising and marketing ... tightening retail controls and implementing tougher penalties for non compliance ... reducing nicotine concentrations ... enhancing enforcement ... and funding school-based awareness, prevention and support programs, for youth, led by youth.”

In May, BC Health Minister Adrian Dix announced that “BC also stands ready to introduce its own initiatives should federal action be delayed. Obviously, it is our preference to work with other jurisdictions and the federal government on joint action".

He went on to indicate that as part of a federal government consultation on the issue, the provincial government had recommended federal regulatory action in the following four areas:

So, I asked Stone if he believed that the government was taking too long to implement these measures, and that perhaps they shouldn't be waiting for federal government?

“The bottom line for me is this,”, he began. “Surging youth vaping rates have been barreling down the tracks like a runaway freight train, and we've all know this since late 2018.  That was the driving motivation for my private members bill last April”. 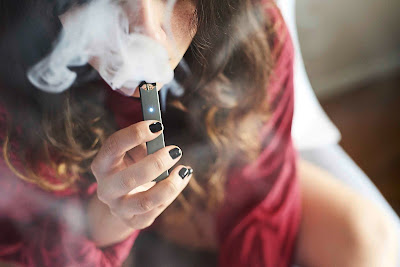 “At the time, Health Minister Adrian Dix, and the NDP, said they agreed with the spirit and intent of what I was trying to do, and that they'd work with me through the spring and summer to develop necessary actions to combat this issue here in BC”.

“No action has been taken, and only recently has Dix made it clear the NDP will be moving forward with a package of actions soon (could be 2 weeks or a month away). While I understand that legislative / regulatory action can take some time to prepare, at minimum the NDP should have taken the time over the summer to put the resources in place so that funding was provided to support awareness, prevention and support programs in every middle and high school across BC”.

The Kamloops South MLA also indicated that while government delayed action jurisdictions all around BC had been able to find a way to quickly move forward with bans on flavoured vape products.


“A bit of a rant, but as you know this issue is very personal for the Dad in me ... and many, many other parents and grand-parents who are in full support of our call for action” ~~ Kamloops South Thompson MLA Todd Stone


He also remarked that programs like Preventure, which has been piloted in a number of schools around BC (including Vernon) and has demonstrated very positive results in driving down addiction, alcohol consumption, drug use, and vaping rates among youth in high school.

“There is no need to re-create the wheel - these programs exist and are ready to be deployed”, he commented.

So how are these programs going to get underway – what actions need to be taken – I asked?

“All that's needed is a government that's willing to put the cash on the table to fund them programs”, stated Stone.  Continuing he remarked, “This should already have been done by the NDP ... it shouldn't have taken this long”.

“The important thing is that we try. That we take action. That we get on with doing all we can to prevent an entire generation of our youth from becoming addicted to nicotine and suffering the negative health consequences of vaping”. 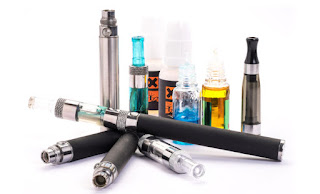 As for advertising and marketing for vaping products, which the BC NDP government is allowing take place, I stated it really should be a no-brainer that it be banned.  Stone agreed.

“I have been calling for a complete
an on this, for all vaping products in Canada - exactly as is currently the case for all tobacco products in Canada. As well, I've called for significant reductions in nicotine concentrations for vape products, and much tighter retail controls.  Sales of these products should be restricted to vape shops, tobacco shops and pharmacies -- and there should be mandatory age-verification technology for all on-line sales of vape products.”