AARON GUNN -- The truth is, the justice system in this country all too often favours repeat violent offenders, while ignoring victims and their families


Earlier this year, I had the honour of being asked by the family of Tori Stafford to speak at a rally being held in her name, Life Means Life: A Protest for Change. 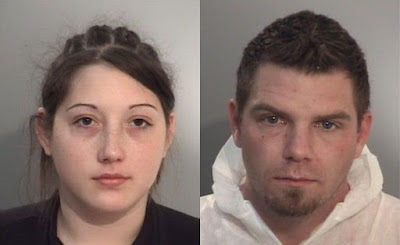 Tori was an innocent young girl who, at the age of just eight, was abducted, sexually assaulted, and brutally murdered by Michael Rafferty and Terri-Lynne McClintic in Southern Ontario.

Incredibly, after less than a decade behind bars, McClintic was transferred to a minimum-security ‘healing lodge’ despite the heinous nature of her crimes (a decision that, with public pressure, was thankfully overturned).

I wish I could say this was an isolated incident ... but it wasn’t.

The truth is, the justice system in this country all too often favours repeat violent offenders, while ignoring victims and their families.

Notorious murderers and prolific sex offenders are commonly given reduced sentences, and released early from custody. Decisions that not only leave our society at greater risk, but also serve to erode our very foundation of justice.


If you can, please join me this Wednesday, October 16th on Parliament Hill to stand alongside victims and their families in demanding accountability from our politicians.

Our justice system is broken. The time to reform it is now.


FOOTNOTE .... I asked Aaron how the courts, if implementing "Life means life sentences" would get around the likelihood of the Supreme Court declaring it to be cruel and unusual punishment if implemented?

He answered me stating, “I'm not sure the Supreme Court would intervene, but there is obviously only one tool that could bypass it”.

That, I am assuming, would be to invoke Section 33 of the Canadian Charter of Rights and Freedoms. It is commonly known as the notwithstanding clause, or as the override power, and it allows Parliament or provincial legislatures to temporarily override certain portions of the Charter.