ADAM OLSEN – It’s easy to see why I want to have nothing to with this ridiculous program, and why I will protect our good work in the Legislature


I was at a candidate meeting in Saanich - Gulf Islands on Wednesday night and I heard the New Democrat candidate Sabina Singh repeat several times that they are committed to end all subsidies of fossil fuels.

After a quick fact check, I found that this is indeed the latest position of the NDP leader Jagmeet Singh. Their ever-evolving policy on fossil fuels is confusing. 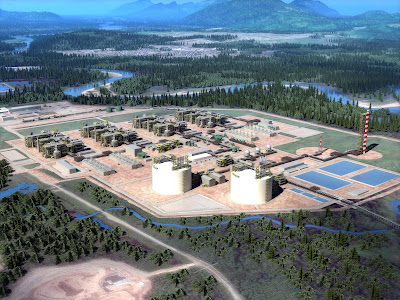 The next morning the Saanich - Gulf Islands candidates we’re back at it, this time on CFAX radio. The topic of LNG came up again and Singh’s response was something to the effect that the BC NDP and BC Green coalition supported LNG.

Every part of this statement is false. At a candidate luncheon later in the day, I brought this up with Singh and she apologized to me for the misinformation. I have been through election processes and I understand the pressure on candidates and the challenge of not always clearly articulating an answer. So, we move on.

However, I opened my phone up last night and there was a message informing me that perhaps another federal NDP candidate provided a muddy response about the BC Greens role in the LNG Canada project at another candidate meeting.  So I feel that it’s important to provide clear and concise information on this important issue.

First, the BC NDP and BC Greens are not a coalition government.
Federal NDP candidates should know that and they should understand the difference, especially as candidates of a party that may very well have to be part of a minority government.

Second, the BC Greens do not support LNG.
Last Spring, the BC NDP brought in a taxation Bill effectively making their $6 billion taxpayer-funded subsidy of LNG Canada law. The BC Greens did not support it. In fact, I and my colleagues forced 14 votes on this Bill. Each time, the BC NDP turned to the BC Liberals to support their efforts.

Only the three Greens voted against it. Every time.

The 41 BC NDP MLA’s voted with the 42 BC Liberal MLA’s not once, not twice, but fourteen times to push the subsidies forward. That is the truth. That is the record that NDP candidates are trying to obscure.

It was a difficult week for the three BC Greens. It was a lot of work and took a lot of energy: physical, emotional and spiritual. That is why I become quite defensive when I hear political hopefuls whose own party-line is so confusing on fossil fuel policy, knowingly confusing the public with respect to the work of myself and my colleagues.

Let’s be clear ... there are only three elected politicians in British Columbia that actually voted to stop fossil fuel subsidies.

So, when I hear federal NDP candidates claiming they will end the subsidization of fossil fuels, I wonder if their Leader Jagmeet Singh has actually spoken to Premier John Horgan. Premier Horgan’s LNG Canada program is dependent on the massive provincial corporate welfare package. It also includes a handsome package of goodies from the federal government including forgiving tariffs on steel and aluminum.

Let me sharpen this last point. The jobs rhetoric is one of the big reasons these governments supported LNG Canada. Yet, by forgiving these tariffs it has allowed the company to freely use foreign steel and aluminum and to fabricate and manufacture large portions of the project offshore and ship them here in components for assembly.

Not only are the BC NDP and Liberals (federal and provincial) handing out these gifts to multi-national corporations, but they are not even forcing them to keep all the jobs in Canada. It’s mind-blowing.

As I lay this out, it’s easy to see why I want to have nothing to with this ridiculous program, and also why I will protect our good work in the Legislature.

If you hear any federal candidate suggest the BC Greens are in a “coalition government” please correct them. We have signed a “Confidence and Supply Agreement” with the BC NDP.

Furthermore, if there is any suggestion that we support LNG and LNG Canada, please correct the record and let me know.