Each has an oar in the water – and all of them are paddling out-of-sync, or perhaps it is in sync, to keep resource, energy, mining, and forestry sectors off kilter


Last week in Toronto two BC political leaders received top honours for what was called ... their work on building the Province’s CleanBC plan to fight climate change and put BC on the path to a cleaner, better future.

George Heyman, BC’s Minister of Environment and Climate Change Strategy, and Andrew Weaver, leader of the BC Green Party, were honoured at the Clean50 awards in Toronto for their contributions to advance sustainability through a credible climate and economic plan.

Stated Heyman, “British Columbians expect leaders across sectors to take action on climate change and be accountable for the results. We have responded with our CleanBC plan.” Who then went on to say, “The collaboration with Dr. Weaver, his team and my colleagues across government has resulted in a comprehensive plan with clear targets to reduce emissions while building a strong economy with healthier communities and creating new opportunities for people.”

If throwing more and more confusing and overlapping rules and regulations, having more and more Ministries involved with their own set of rule books, and what amounts to a never ending series of roadblocks is the plan, well then Environment Minister George Heyman, and the BC Green Party leader have succeeded.

Who do those creating the wealth of our province have to contend with?

Let’s start with the Forests Ministry ... continue on to the Ministry for Energy Mines and Petroleum Resources ... then we have the Ministry for Environment and Climate Change ... Indigenous Relations and Reconciliation ... along with Jobs, Trades, and Technology.

Each has an oar in the water – and all of them are paddling out-of-sync, or perhaps it is in sync, in keeping the resource, energy, mining, and forestry sectors off kilter in knowing and understanding what red tape, and traps, lie ahead in getting projects underway.

That, along with never ending legal roadblocks, leads one to wonder why any business would even want to begin the journey to receive approvals for their business plans. 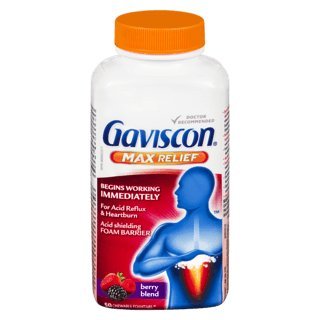 “British Columbians want to see action on protecting our clean land, air and water as we grow an economy that will make life better for people today and into the future,” said Premier John Horgan. “I want to congratulate Minister Heyman and Dr. Weaver for their work on CleanBC that puts BC on a better path to a more affordable, safe and sustainable future.”

I’m sorry, but I find it laughable to hear Horgan even use the words ‘grow an economy’ ... nothing could be further from the truth.

A friend that I was speaking to about the awards Heyman and Weaver received told me ... ‘I actually couldn’t even finish the story about it without some mild nausea.”

While my friend only experienced ‘mid nausea’, I can only imagine what the BC business community thought about the award being handed out, and what they continue to think. One would have to believe that cases of Tums and Gaviscon couldn’t possibly take the edge off what they’re suffering from.