FELDSTED - Bans don’t solve problems; most often they make problems worse. If the tactic worked, we would ban politicians and live happily ever after

The latest news out of our largest city is that it plans to ban organic waste from city landfills. How does the city council think that is possible? Some are warning that they must increase organic waste composting. So, organic waste in a landfill does not compost; it lays there intact for decades? 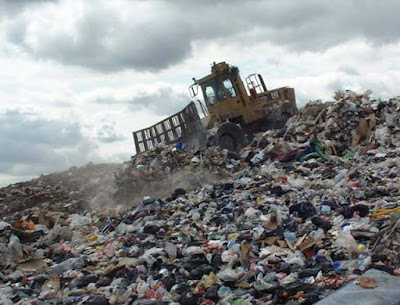 So, after the city council ban takes effect, and Toronto city residents are required to sort their waste into organic and non-organic streams, where does the organic stuff go?

It can’t go onto paper bags – they disintegrate. It cannot go into plastic or metal containers as they are not organic and don’t compost. We need special containers made from a combination of hemp fibre and corn starch that can hold organic waste and will decompose.

Those containers will come with a cost.

What about the thousands of high-rise apartment and condominium towers that don’t have separate streams for organic waste?

The trash chutes empty into one stream. Sorting out the organics will create a large heap of material that will attract flies, rats and will start to stink in short order. Unless the organics are removed quickly, the city has created a health hazard.

So, where does it all go?

Composting is not instant. It takes time for materials to return to earth elements. We can add enzymes to speed the process, but it still takes time for organics to decompose. Do we wind up with a separate landfill for organics? If so, what did the city gain?

A couple of days ago, several local mayors stood on a stage with Prime Minister Justin Trudeau and raised their hands in favour of handgun bans. The loons refuse to accept that the criminals shooting up their streets use illegal weapons acquired from a thriving black market. They operate outside the law and a ban can only affect legal handgun owners ... who are not shooting anyone.

Politicians puffed up with righteous indignation, banning this that and the other, are indolent, lazy and unwilling to do the had work of fully informing themselves on issues -- and making practical, cost efficient decisions. They contaminate every level of governance and refuse to act in the best interests of their constituents.

If the tactic worked, we would ban politicians and live happily ever after.