Pollster, pundits and the media are picking over the election results looking for meaning therein. There isn’t any significant meaning -- the people have spoken -- the results are known.

Trudeau carries on with a minority. He can no longer govern without support from one or more of the opposition parties. 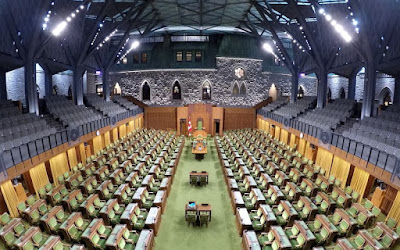 The most significant change is not obvious however.

The Liberals no longer control parliament’s committees. The Conservatives, BQ and NDP will have 52% of committee memberships. This means the Liberals can’t block an inquiry into SNC-Lavalin, or the Vice-admiral Norman affair, without opposition support. That will put the ethics, honesty and openness of all parties to the test.

Parliament will open with a Throne Speech. The content may be tempered by concessions to the opposition in return for support. We can expect the first Throne Speech to pass, and a budget will follow. After prolonged debate, the budget will also pass.

**************************
We can argue over errors and missed opportunities on the campaign trail endlessly, but people have spoken. Trudeau got his first report card and was graded at “C+”; a pass but he must work harder. Scheer on his first outing graded a “B”; he improved his seat count but did not achieve the break-through conservatives wanted.

Pundits are speculating on whether Scheer will be replaced at the spring 2020 CPC convention, but to do so would be suicidal. There is no time for a replacement to become well-known prior to the next election. Worse, the CPC could be caught in an election during a leadership race.

Pundits are calling Singh’s efforts a loss, but six months ago, the NDP was expecting a rout that could cost them party status in parliament. Singh was new and faced substantive racism. The 2015 “Orange Wave” was largely due to Quebecers who parked votes with the NDP rather than vote Liberal. Resurgence of the BQ ended that but Singh kept the NDP a relevant force. He scores a “B+” for his efforts.

******************
The challenge for Trudeau is to learn to compromise and take opposition views into consideration. He has so far shown no interest in appeasing other parties.

The challenge for Scheer is to adopt the behaviour and stance of a (future) Prime Minister. He must not resort to personal attacks. He must deal with issues, plans and policies. He must replace deriding government initiatives with recommendations for improvement, or better alternatives. He will be building his 2021 election platform from day one.

Wexit is going to be an issue for this parliament. Western provinces will not tolerate ongoing uncertainty. The vigour with which western separation will be pursued will depend on the Throne Speech. If the government avoids a clear policy on pipelines, and export of natural resources, the backlash will be severe.

Scheer is faced with rebels in his caucus. 38.8% are from Alberta and Saskatchewan (44.6% if we include Manitoba) ... and they are not happy. They will not be intimidated by the 38% from Ontario and Quebec. How Scheer deals with that will be telling.

If Scheer is smart, he will undertake to build relationships with provincial premiers in preparation for the spring 2020 budget. That is what a Prime Minister in waiting must do. Provinces are weary of federal incursions into their constitutional sovereignty. That is an issue that needs to be addressed. Scheer can give the provinces voice from the opposition ranks. It is great training for the future.

These ‘thorns in the side’ have not been dealt with for decades and are something that requires the consensus of provincial premiers. Since Trudeau will not consult with provinces on these issues, Scheer can consult and take the results to Parliament.

**************************
The next parliament is loaded with opportunities to retrench and govern differently. Trudeau speaks for about one-third (33.06%) of the people who cast ballots. He has a mandate to lead -- but not to rule us. Failure to govern responsibly will drive us into an early election.

What we must do in the interim is to allow the process of governance to get underway and examine the signals (announcement of the new cabinet, throne speech and budget). Opposition responds are as important as the plans proposed. That will give us the flavour of how the next parliament will operate.

We need to pay close attention to parliament over the next year. That will provide an indication of who deserves our support when the minority government is defeated.

Watch what they do rather than listen to what they say. Governance is a tough business and the actions and behaviour in parliament speak volumes about political parties and their advisors.