FRANK LEONARD -- For those who are newly-elected and enjoying new friendships I offer this observation: it is still politics


“There are no friends in politics” I replied to the radio talk show host as I was asked about my public tussle with a colleague in local government.  My inside voice had escaped and I immediately regretted saying it.  Not that I didn’t believe it; I just didn’t want the cold-hearted ruthless side of ‘Political Frank’ to be revealed to the voting public. 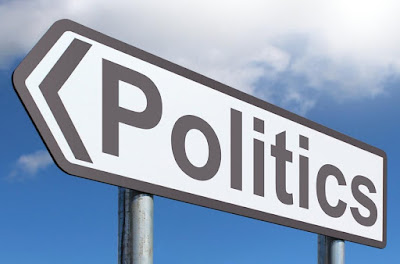 When asked why I entered politics I often have a throwaway line about my ‘flawed DNA’ but there may be some truth to it.  Certainly, my grade five friend seemed devastated when I pulled off a coup for book club president during recess.  Years later I felt blindsided when a high school chum ran against me for class president – particularly when he won.  Part of my DNA makes me run for positions within organizations I’m in, even against my friends.

When you’re in elected office you make lots of new friends.  This is no different than other workplaces, community groups or even the neighbourhood where you live.  Yet there is something about ‘political friends’ that is different: quite often you need to be realistic; sometimes you even need to watch your back.

Perhaps the starkest moment was when a member of our social circle – someone that we had drinks with after meetings or at a conference - was an opponent in a provincial election.

We arrived at a regional debate and shared pleasantries before taking our seats.  As my friend spoke at the podium, she soon turned and pointed at me exclaiming that ‘right wing demagogues’ must be defeated.  I gasped but gathered myself by letting my inside voice remind me about ‘political friends.’

For those who are newly-elected and enjoying new friendships I offer this observation: it is still politics.

I’ve made some wonderful friends along the way: a Fraser Valley Mayor rejoiced at my provincial appointment, immediately put on tour of her community and sent me home with an ‘agricultural gift basket’ for my young son; a Cariboo Director insists we stay at his lake cabin when I have some work in his area; and a Peace River colleague invites friends to join us for dinner at her home when we’re up that way.

Yet at the same time, if there is an issue, an opportunity or a vote to be taken ... politics will prevail.

And now I’m at an age that I learn of the passing of friends, including those from my political life.  Sometimes you realize that last time you had seen them was at a meeting – yet it was years ago.  Without a meeting to go to, you simply weren’t connecting.

Obviously, that is when you forget about any rivalries – and wish you’d gone beyond politics and touched base.

Good lesson no matter what your vocation.