FRASER INSTITUTE -- At key moments, when facing big challenges, these governments were willing to reform and reduce spending


On Thursday, the United Conservative Party led by Premier Jason Kenney delivered its first budget. On the campaign trail, UCP members regularly stressed the need to tackle Alberta’s deficit, which is projected to total $8.7 billion in 2019/20. The government’s first budget shows it’s willing to meet those words with action. Alberta’s era of fiscal complacency has ended.

First, let’s look at the grim reality of Alberta’s finances. 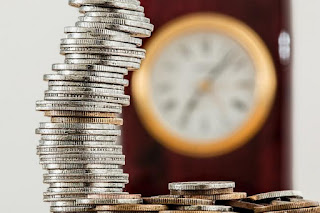 The province has run budget deficits every year except one since 2008/09. Largely as a result, provincial net debt has soared to nearly $37 billion. And yet, despite the severity of these challenges, fiscal policy in Alberta has in recent years been characterized by unrelenting complacency.

But in this budget, the Kenney government will finally reduce nominal spending, with a spending decrease of 1.6 per cent over four years. As a result, Alberta is now forecast to reduce its budget deficit in coming years before returning to balance in 2022 / 23. And shrinking, and then eliminating, the deficit will slow the pace of debt accumulation.

Taxpayers always pay the interest on government debt, which takes away money that could otherwise be used for tax relief or public services.

Of course, this budget marks the beginning of the process—not the end. The government must remain committed to its spending targets, which will require meaningful program reforms in the health and education sectors.

Further, government-sector workers in Alberta enjoy a 9.6% pay premium over similarly-skilled and educated private-sector employees. To slay the deficit on schedule, the government will likely have to reduce this gap.

There are bound to be some who criticize the size of the government’s planned spending reductions. On this point, some historical context is needed.

During the 1990s, governments across Canada introduced much larger spending reductions to eliminate their deficits, including the Romanow NDP government in Saskatchewan, the Chretien federal Liberals and the Alberta government, which in the ’90s reduced program spending by approximately 20 per cent.

At key moments, when facing big challenges, these governments were willing to reform and reduce spending. It’s important to keep this history in mind and recognize that the spending reductions in Thursday’s budget are moderate by comparison.

None of this is to say the government’s plan is perfect. Indeed, there are risks to a four-year path to budgetary balance.

Again, as seen in the 1990s, faster deficit-reduction efforts (over two or three years) have a much more consistent record of success. Indeed, a faster path to balance in Alberta would have meant less debt accumulation in coming years. The slower four-year path also means a longer period of exposure to various revenue risks (including a recession), which could derail the plan.

Notwithstanding these points, if the Kenney government follows through on its plan, its first budget will represent a turning point in Alberta fiscal history. The previous government refused to reduce spending at all, instead waiting and hoping for resource revenue gains to eliminate the deficit.

This budget takes an active approach to the deficit, planning to reduce government spending over time by reforming programs.

It seems Alberta’s era of fiscal complacency has finally come to an end.