GORDON WILSON -- Canadians tend to sigh, yawn or roll their eyes when the discussion turns to the Constitution, but it’s is the very foundation that makes our country work 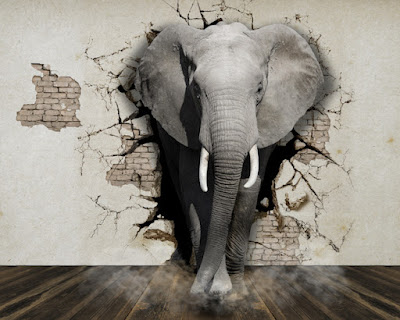 The moose is of course the division of powers between the federal government and the provinces, and while it has frequented election campaigns throughout our history, rarely has it been so belligerent or poised to do so much damage.

When I hear a federal leader, regardless of his or her electoral prospects, glibly say he will give provincial premiers veto over national projects, I am concerned.

NDP Leader Jagmeet Singh said that his government would give veto powers to the provinces over major federal infrastructure projects such as pipelines. What he didn’t tell the voters is how he intended to do that. In order for Singh to grant such power to the provinces, he would have to either amend the Canadian Constitution, or ignore it.

Section 91 gives the federal government jurisdiction over resource projects that cross provincial lines, but the Premiers of British Columbia and Quebec have both taken steps to try to block national projects; Trans Mountain Pipeline (TMX) in the case of BC and the Energy East pipeline designed to carry Alberta oil across Quebec to export facilities in New Brunswick.

Singh’s statement didn’t get much play, I suspect because the NDP is currently still low in the polls and unlikely to be the next government. Still, it is worth noting that Premiers Legault and Horgan are in government -- and are challenging federal Constitutional authority.

While Legault and Horgan have their fingers on the pulse of their respective political base, and likely to win favour in those quarters, the resulting implications arising from their actions are profound for Canada’s energy future. The action of the BC government cost the Canadian taxpayers $4.5 billion after private interests decided that they would not risk capital.

This was because having followed the rules for project approval, regardless of what you may think of those rules, they changed mid-stream sending a chill over any comparable prospective investments.

Justin Trudeau’s Liberal government was left with little choice if the national interest was to be served. His government purchased the line because it was vital to Canada to assist the producing province, Alberta, in accessing Canadian tidewater thus providing market diversity rather than being forced to sell product at a discount to the US only to buy it back at a premium.

Conservative leader Scheer talks about a national energy corridor, flanked by Conservative premiers who support such a proposition, but Legault is steadfast in his opposition. Scheer, who like every other leader has his eye on vital Quebec seats, stopped short of suggesting that the federal government has the constitutional authority to move ahead with such a project.

So, the question is, who in this federal election is campaigning for Canada?

Trudeau certainly stood firm as Prime Minister and took the necessary steps to ensure the Trans Mountain Pipeline would become a reality, but given the rising number of people suffering from regional myopia, he may pay a political price for that in BC.

The Quebec Conference of 1864 contemplated two orders of government, federal and provincial, and in the Constitution Act of 1867 at Confederation the distribution of powers between those two jurisdictions were defined. After 1949 these powers were judged by the Supreme Court of Canada, granting residuary power to the federal government.

The Constitution Act of 1982 clarified amending powers and matters relating to taxation, and equalization payments to provinces to provide comparable access to public services at comparable tax levels. It still contemplated only two levels of government.

But fast forward to today and we see that our moose has just doubled in size.

The Federation of Canadian Municipalities is increasing its demand to be recognized as a level of government. We have already witnessed some mayors flexing their political muscle by trying to use the courts to permit them a veto over the building of national infrastructure running though their cities.

Indigenous authorities, either through elected councils or through hereditary chiefs, are increasingly being given greater recognition by Canadian courts with respect to Indigenous rights over “their lands”, and add to that the pressure on all levels of government to adopt and adhere to the United Nations Declaration on the Rights of Indigenous People (UNDRIP) and the issue of governance and jurisdictional authority becomes very much more complicated.

We have already heard the Premier of British Columbia suggest that he may support BC First Nations in their court action against the Trans Mountain Pipeline,  and BC is currently working on amending provincial statutes to comply with UNDRIP -- despite a lack of public discourse to enlighten the general population as to what that means, or how this provincial action is consistent with federal constitutional authority. 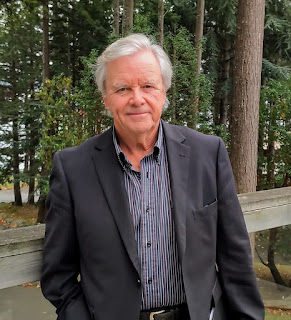 Canadians tend to sigh, yawn or roll their eyes when the discussion turns to the Constitution. But our Constitution is the very foundation that makes our country work.

It is time that we pay attention to and take issue with rising demands for local autonomy, authority and autocracy.

Canada is too important for us to ignore this moose on the trail.

Gordon Wilson is a writer and business consultant who served as an elected MLA from 1991 -2001.  During that time, he held several cabinet posts including Minister of Forests, Aboriginal Affairs and Minister of Finance. He has consulted widely matters pertaining to the Canadian resource economy, and the Canadian Constitution. He currently lives on a small sheep farm in Powell River.