LAILA YUILE -- Self-reflect about why people aren’t choosing your party, and actually listen to what others concerns are, instead of bashing them with fear


I have friends of most political leanings. I have always said no one owns your vote but you, and that it's wrong for others to bully you with fear to make you change your vote. Still. I’m always bemused at why so many NDP and Liberal Party supporters feel that: 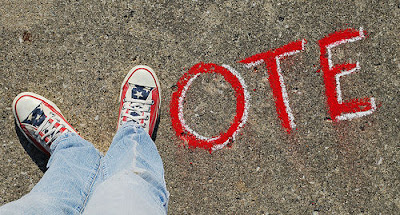 If you want others to consider your chosen parties’ platform, push your leader and policy makers to step up in areas they are lacking instead of focusing on other peoples votes.

Self-reflect about why people aren’t choosing your party, and actually listen to what others concerns are, instead of bashing them with fear. We all share similar concerns, and there is no one perfect way to get there.

And NDP members wishing for Jack Layton, might go back and read what he has said about pragmatically working with other parties, and how the partisanship in Ottawa was hurting democracy.

I respect you enough to know you each put thought into your vote, and that's good enough for me.

Please respect others when interacting with them online, and in real life.

Laila Yuile is a former political commentator and occasional blogger