Regardless of whether you believe they have a chance of winning or not, I ask that you get out and vote for the candidate, and party, that you believe in


At the start of the federal election campaign, I asked the Conservative Party’s Cathy McLeod, the Peoples Party Ken Finlayson, the NDP’s Cynthia Egli, Green Party candidate Iain Currie, and the Liberals Terry Lake to complete a brief candidate profile.  There was no shortage of time to complete and send it back, however only three of the candidates did ... McLeod, Currie, and Finlayson. 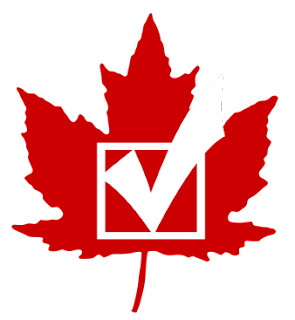 The NDP’s Cynthia Egli contacted me, after receiving the request, to say, “Sure, we'll try to have it back by tomorrow. Thanks” ... however a few days before the deadline, a new response was received in which she commented ... “we don't think we'll be able to provide you the answers. My apologies for getting back to you this late”.

Now maybe being the NDP’s third attempt at having a candidate ... being unprepared ... given short notice which meant she was playing catch up to get a handle on policy and the platform (as others have indicated) ... probably played a role in not following through.

The other individual that totally ignored the request, and who failed to even respond, was the Liberal Party of candidate Terry Lake.  Lake as most will know, served one term as a Kamloops city councillor (2002 – 05), then stepped to the mayors chair the following municipal election, before moving to become the Liberal MLA for Kamloops North Thompson in 2009.  He was re-elected in 2013 for a second term, however he declined to run in the following election – many say because he saw the writing on the wall with Christie Clark at the helm.

According the Lake however (in a Sept 2016 Times Colonist story) his stated reasons were:

B.C.’s former health minister, Terry Lake, is moving to the Ottawa area this weekend to become a vice-president of a “luxury” medical marijuana company that is poised for massive growth.

It appears that Terry seems unable to stay with any one thing long ... and his step in the direction of MP was just another rung on the ladder he climbs.  The trouble with that, in this case however, was that Justin Trudeaus shine and polish came off before and after his decision to become the candidate for the federal Liberal Party.

With that in mind, one has to wonder why an individual would have accepted running for Justin Trudeau, and then continued to let his name stand, with the mountain of negative news that has kept attaching itself to Trudeau ...

.... Jody Wilson-Raybould’s announcement that Trudeau and the upper echelons of the PMO and Privy Council offices had pressured her in the SNC-Lavilin case fraud / scandal case
... the disgraceful mishandling of the situation with Vice-Admiral Mark Norman, where the Globe and Mail stated that it had so many echoes of how he handled the last crisis voters can’t be blamed for thinking that Mr. Trudeau isn’t what he promised; that these continued rookie mistakes are the intentional actions of a political animal
... the ‘blackface’ and ‘brownface’ fiasco
... the conflict of interest scandal over his luxury vacations ...

And these are just four of far too many!

Monday October 21st is election day and while I don’t have a crystal ball to gaze in to, here is what I think will happen in the Kamloops Thompson Cariboo riding:

#1 ... it seems the NDP, a party that in 2015 placed second in this riding with lawyer Bill Sundhu as its candidate, will be lucky to hold on to it’s core support this time round -- Egli will place fourth

#2 ... much to his surprise, but not that of voters, the Liberal’s Terry Lake will place third

#3 ... the Green’s Iain Currie will place a surprising second, ahead of Terry Lake, however it will be a distant second

#4 ... The PPC’s Ken Finlayson will garner just over one percent of the total votes cast ...

#5 ... the Animal Rights and Communist candidates vote count will easily be tabulated with paper and pen

GET OUT AND VOTE!

Whoever you support, regardless of whether you believe they have a chance of winning or not, I ask that you get out and support the candidate and party you believe in. You’ll feel better doing it, and the candidate will appreciate knowing that his or her decision to run was worth the effort -- having run as a candidate myself in the 1996 provincial election, I know how much that can mean.