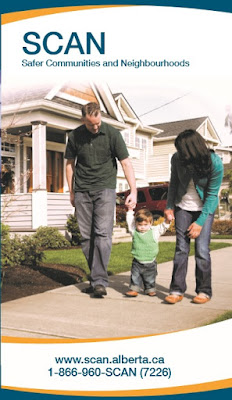 While British Columbians still wait for John Horgan’s NDP government to take action, this is how they do things in Alberta, when it comes to residences where illegal activity takes place.

A just released news story from the Alberta government  stated that Sheriffs had obtained a court order closing an Edmonton rental suite being used for drug activity.

The Safer Communities and Neighbourhoods (SCAN) unit began its investigation in March 2019, in response to a complaint from the public about drug activity at the property. SCAN investigators, working with Edmonton Police, were able to confirm drug activity was taking place, linked to a tenant.

Apparently, the owner was advised during the investigation leading up to the closure action, that if drug activity continued investigators would go to court to obtain a Community Safety Order (CSO).

In August 2019, a woman under the influence of methamphetamine phoned in a report of a home invasion at the property that resulted in a standoff with the EPS tactical unit before it was determined to be false.

In the course of its own investigations, Edmonton Police found weapons on the property, including a prohibited firearm, knives and replica firearms.

With drug action continuing, a court order was obtained specifying that all tenants must vacate the property for 90 days. During the 90-day closure, the owner will be able to carry out repairs and renovations, and they will be required to take all reasonable steps to prevent further drug activity at the property.

Alberta’s Minister of Justice and Solicitor General Doug Schweitzer commented, “Our government will use all measures at our disposal to protect neighbourhoods from gangs and illicit drug activity. I want to thank the Safer Communities and Neighbourhoods (SCAN) unit for the vital work it does to keep Albertans safe, secure and protected in their homes.”

We still, as mentioned above, await action from the BC government ... and from BC’s Public Safety and Solicitor General Mike Farnworth.


NOTE ... an earlier commentary “ALBERTA’S GETTING IT RIGHT … residents in troubled BC neighbourhoods should demand the same protections, sooner, rather than later” was posted on September 21st.