When Quebec says it’s ‘not into tar sands oil and Albertan pipelines’ ... the self-righteousness of this comment, as the CBC stated in May, is only outdone by the provinces gobsmacking hypocrisy

We have become a country fragmented even worse, following last nights federal election, with regions now pitted on against the other in terms of party allegiance, and reasons for that allegiance. In the Maritimes with saw a virtual swath of Red for the Liberals once again ... while in Quebec the rise of the separatists Bloc Québécois, who along with most, if not all, continue to speak of the province of Quebec as a separate nation; that despite the fact that cannot survive without sucking on the teat of equalization payments – paid for in large part by BC, Alberta and Saskatchewan.

This, is a province that is like a little child in a grocery store demanding the sweet treats, candies, and sugary cereals they see on the store shelves --- or elsewhere, the toys and video games they’ve seen in Saturday cartoons.  You know they ones I mean – they throw tantrums because they can’t get their own way—or until they do get it.

Quebec, despite its blustering, needs oil and gas; however, they don’t want it from the prairie provinces.  They’d rather get it from tinpot dictatorships with near zero controls over the environmental damage they cause. Furthermore, the government of Quebec seems to take delight in hurling insults at Alberta, a province that has taken huge steps to ensure they produce the cleanest energy products in the world!

As an example, we have Nadeau-Dubois of left-wing party Québec Solidaire saying it’s ‘not into tar sands oil and Albertan pipelines’ .  The self-righteousness of this comment, as the CBC stated earlier this Spring, is only outdone by the provinces gobsmacking hypocrisy.

Next up is Ontario, with its own mix and match of politics; however, one thing is certain – the shadow of Doug Ford played a huge roll in ensuring the Conservatives didn’t gain seats they needed to overtake the Liberals of Justin Trudeau.

Headed into the prairies, Manitoba began the conservative wave that then thundered into Saskatchewan and Alberta, painting those two provinces pretty much a solid blue.

Alberta, Saskatchewan and Manitoba are almost completely reliant on beef, pork, oil and gas, and canola sales. Prairie farmers and ranchers, hanging on at the edge of financial ruin, feel abandoned by the federal Liberal government ... as do canola farmers ... and do oil and gas workers.  While Justin Trudeau worries about appeasing politicians in Quebec, by propping up a severally tarnished and soiled SNC-Lavalin, and its few thousand jobs – TENS OF THOUSANDS of jobs have been lost in the prairies.

Companies have pulled up stakes and moved out, just to survive, while others have simply given up.


Alberta and Saskatchewan turned to the Conservatives of Andrew Scheer because they felt abandoned by the Liberals – and there can be no doubt about that.

British Columbia? Well we are probably the most messed up province in the whole country.

Union leaders want members to support the NDP – which is a party that leader Jagmeet Singh indicated wanted nothing to do with pipelines and the thousands of jobs they would create ... and then we also have the Green Party of Elizabeth May, who stated that Trans Mountain would never be built under her watch, and that not one drop of oil would go through an expanded pipeline.

The darling of mainstream media, as far as I am concerned, May did little in the way of making headway with Canadians.  Going from two seats prior to the election, to adding one more in Ontario is no breakthrough, regardless of all the press she got.

Then we have Metro Vancouver, which at least to me, seems to have its own little microcosm of me first, me first – similar too, but not as bad as, Quebec.

Somehow metro Vancouver doesn’t realize that the couple million jobs down there are totally reliant upon the resources and workers of the interior, the north, and rural BC.  Many live in an isolated bubble patting themselves on the back for be so environmentally conscious, while paving over farmland with golf-courses and mansions, building million-dollar homes on clear-cut hillsides, and waiting in 20-minute lineups for some frothing caffeine beverage served in disposable one use cups.

No wonder then that the Conservative swept through BC's interior, and north, painting it blue as well. 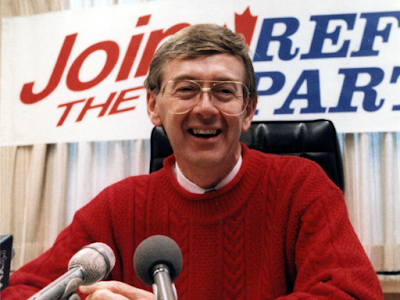 We are in trouble – big trouble – unless this country can find a way to compromise on issues that every province is concerned about. Like it or not, the West (especially the prairies and north and interior BC), are going to demand they be heard ... and that their economic well-being not be tossed on the trash heap, to be of little concern to those in Ontario and Quebec.

A few decades back the west rallied around the Reform Party of Preston Manning; a party that gave people from all walks of life hope, and one which echoed their demand that the west be heard and have an equal place at the table of governance. As the Bloc in Quebec has done in the past, the Reform Party swept across western Canada ... and the west was heard.

Not so much any more however, which is why I believe western resentment at Central Canada is only going to get worse, and I fear it will put our democracy at risk.

What is Justin Trudeau going to do about the situation?  Only time will tell.