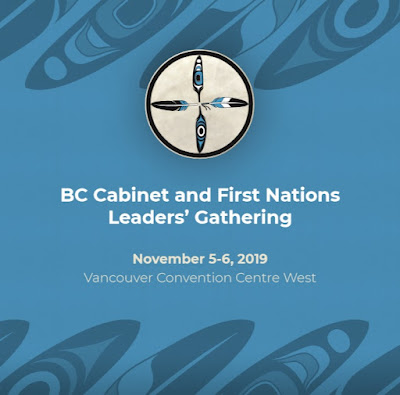 This is the third time I have had the opportunity to attend the FNLG as an elected member of the legislative assembly. Each year the progress and commitment of this government toward reconciliation has become stronger — not in words but in actions.

Last year, the government committed to guaranteeing a percentage of gaming revenue is distributed to Indigenous communities across B.C. to use as they determine is best to improve the lives of families and strengthen their economies.

A follow-through on this commitment came just last month when legislation passed directing seven per cent of the BC Lottery Corporations annual net income to First Nations. That works out to $100 million a year or $3 billion over 25 years.

That same week saw perhaps the most important day in the province’s history with an introduction of a bill that would implement the UN Declaration on the Rights of Indigenous Peoples into BC law.

This is a true commitment to doing things differently.

Taking this step is deeply personal and important to me as a member of the Tsartlip First Nation and as an MLA. The BC Declaration on the Rights of Indigenous Peoples Act is a foundational piece of the confidence and supply agreement that I signed to support this government.

It was a shared commitment of both the NDP and Green party platforms. Now it’s becoming a reality.

It’s a reality that is in stark contrast to the dark history of Canadian governments and First Nations.

For centuries governments tried to exterminate Indigenous peoples and their culture.

They have denied rights, forced relocations and seized children.

Our history is littered with legislative and executive actions that were racist, discriminatory and deliberately designed to destroy Indigenous communities.

This bill is designed to do the opposite. With its introduction, we are reaffirming that Indigenous rights are human rights and our belief that the path forward — though not always clear nor easy — is one that we must walk together.

It doesn’t confer any special rights or privileges — it merely upholds the rights that are well-established in the courts, and provides a path for the province and First Nations to begin to build a system in which there is a clear, transparent process for consultation and consent.

Change isn’t easy and can even be scary ... but few things worth doing come easily.

As government and the many First Nations come to the table to work through the process of building a plan, we will find what we always discover when more voices are invited in: that diversity of perspectives brings strength. That doing what is right for your neighbour is also what is right for economic prosperity.

This week’s gathering of provincial and Indigenous leaders took place during a new chapter in BC’s history.

Hard work lies ahead on all sides, but we remain optimistic for this chapter is now being authored by all British Columbians, in all her languages.