ADAM OLSEN -- Not only is the BC government not collecting data about the watersheds, no one is responsible for managing the cumulative impacts of all activities in the watersheds


Earlier this summer, I wrote about forestry and watershed protection. It was inspired by a visit to the Comox Valley and a number of meetings with concerned citizens and community organizers about the impact of resource harvesting on the drinking water for all the people living in the valley.

Following my visit to the Comox Valley, I toured the Okanagan Valley and met with concerned citizens and community organizers who have been fighting to protect the Peachland and Trepanier Creek Watersheds that provide their drinking water. 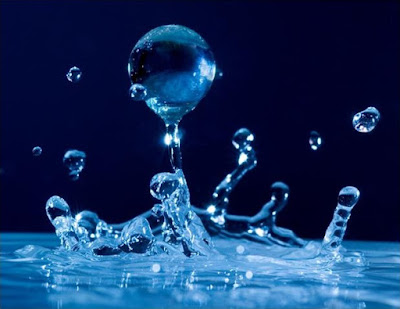 It was really quite sobering to hear so many stories about how threatened and vulnerable British Columbians feel due to a lack of protection of their community drinking water sources.

In 2014, the Forest Practices Board completed a Special Investigation into this issue. The report is called Community Watersheds: From Objectives to Results on the Ground.

Watersheds are regulated by the province under the Forest and Range Practices Act (FRPA). The report found that there were “issues at all levels of the FRPA framework.”

One of the challenges highlighted in the investigation is that, while “special forest management is required to protect the quality and amount of water available to users who rely on it for drinking”, the FRPA only regulates the forest and range licensees.

The report states “currently, it is only those FRPA licensees required to have forest stewardship plans that are involved with assessing the risks to drinking water associated with forest development. Clearly, a more integrated approach to drinking water protection in community watersheds is required.”

The Board further states that they, “do not believe that it is a lack of policy and legislative planning tools that limit government’s ability to take such an integrated approach. Many planning tools already exist in a number of provincial statutes ... Government needs to commit the necessary resources to move ahead with a more integrated approach to planning in community watersheds, especially where watersheds are at risk...”

Sitting on our hands

The exhaustive quotes from the 2014 investigation are necessary because they highlight that the province has been aware for at least the past five years that, while the policy tools are seemingly in place to protect drinking water sources on behalf of British Columbians, there seems to be a lack of willingness to expand the perspective on how provincial authorities view forestry resources. This has been, and continues to be, a primary criticism I have of the Forest Ministry. It appears they only calculate the value we can extract from the landscape with no real calculation for the cost of that extraction.

Fast forward to September 2019 and the Forest Practices Board Complaint Investigation, Forest Activities in the Peachland and Trepanier Creek Community Watershed.

The report reads frighteningly similarly to the 2014 report. It found that the “forest practices were consistent with the legal requirements under FRPA”. So far so good for the Forest Ministry.

The watersheds are “actively used for many different activities and by different industries, which creates the potential for unmanaged or undetected cumulative effects”.

Here is the kicker. The Board states that, “the absence of watershed-specific monitoring data makes it difficult to determine if cumulative effects are happening, given the inherent natural vulnerability in the watersheds”.

It gets worse though. Not only is the provincial government not collecting data about the watersheds, the Board points out that although “forest licensees’ responsibilities to manage for cumulative effects for forestry and range activities are clearly laid out in FRPA, no one is responsible for managing the cumulative impacts of all activities in the watersheds”.

So, if all the multiple interests and industries are simply managing for their own impacts and evaluating their impacts through a singular lens as the forestry and range practices are, then it becomes quite clear why citizens are concerned and community organizers are clanging the alarm bells. 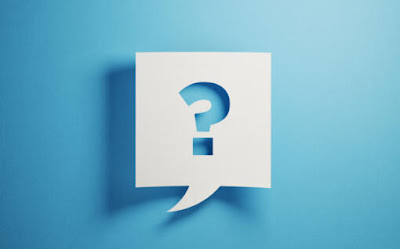 What makes this situation so frustrating is that the alarm bells have been clanging incessantly since 2014, over the span of two governments. Both the BC Liberals and BC NDP have maintained the status quo.

Unfortunately, as the province has sat on this information with little political will to move to coordinate and integrate as is recommended, tens of millions of dollars are having to be invested in new water treatment plants. In fact, in the Comox Valley, the federal and provincial governments committed $62 million, while the project is costing the regional district $55 million and K’omoks First Nation is contributing $7.4 million to a new water treatment plant.

The communities in the Okanagan are in a similar situation. The Peachland water treatment project is costing local taxpayers more than $24 million. There is a feeling that all of these expenditures wouldn’t be necessary, had the provincial government not been so myopic in its view of forests for their revenue value but also calculated the social, environmental and economic cost of cutting the forests down.

Certainly, some of the cumulative impacts we are dealing with today are the result of harvesting pre-FRPA; however, as we have seen from recent answers in Question Period from the Forest Minister, this government is still committed to the philosophy that got us into the mess we are in.

We certainly need to move quickly to create bodies that collect the data, integrate decision-making and evaluate the cumulative impacts of those decisions. We simply cannot afford to keep throwing hundreds of millions of dollars at building new infrastructure when there is such a large infrastructure deficit. It’s just really poor governance.

Whatever they decide to do, delay is not an option. We have to get out of our own way. As the Forest Practices Board state, “Government needs to commit the necessary resources to move ahead with a more integrated approach to planning in community watersheds, especially where watersheds are at risk”.