ADAM OLSEN -- What I offered was my perspective on the broader question … asking how much importance should we as a society place on education?


Yesterday I posted about public education. Teachers across the province are still without a deal. Closer to home, the Saanich School district is locked horns with their support staff, represented by CUPE 441. In offices a little further south, in downtown Victoria, people in fancy outfits are having a staring contest.

Who will blink first? 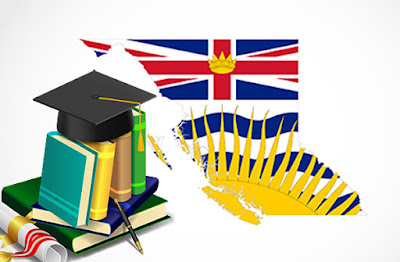 This is one of the comments that I received to the post on Tuesday:

"I admire this perspective. Thank you. So, what is the solution? What does elevating the system look like? Are there other models out there that you are inspired by and would like to bring to BC?"

Our society has advanced to where it is today because our ancestors were meticulous in collecting and preserving details of the world around them -- and making sure to share the accumulation of learnings with their children and grandchildren. Our survival requires this transfer of knowledge to be a priority.

It's much more than just giving a child a stick, we have to teach the child how to use the stick safely and skillfully, or else they may use it incorrectly. If we teach them how to use it, then they can get straight to innovating a bunch of new ways to use the stick, rather than everyone having to start at the beginning.

You probably heard that thing about recreating the wheel, right?

What I offered yesterday was my perspective on the broader question … asking how much importance should we as a society place on education?

Personally, I believe we must make public education a much higher priority in our society, entirely dismantle the approach of the previous government, invest in expanding support services for our children so they get all the support they need, and properly resource the educators of our children and grandchildren.

A life of learning

The priority should be more than just the kindergarten to grade 12 system. I believe we should promote and invest in lifelong learning. From family-supporting investments in childcare, all the way through to ensuring the cost of post-secondary isn't saddling graduates with paralyzing debt, and making career transitions easier with programs for upgrading skills and re-training.

More than boutique announcements, and disjointed programs amounting to frittering around the edges, I'm completely committed to embracing the privilege we have in our province to equip future generations with the most up-to-date information.

I realize this appears to do little for the local problem now, gridlock between the employer and the union in the Saanich schools. This one is at the feet of the provincial government. I will continue to strongly advocate, using every tool I have as an MLA, to encourage them to be fully involved in finding an immediate solution to get the Saanich schools open again.

However, as I said in my post, we are in this situation in Saanich because it appears the BC NDP government is embracing the same philosophy as their predecessor. To the question above, elevating education means treating it like it is the cornerstone of our modern society.

Even though our ancestors did not know a lot of things, they knew enough to create complex and intricate systems to share what they did.