GARRET SEINEN -- More than 10 years have gone by ... millions of dollars have been spent ... but there has yet to be a ‘shovel in the ground’ in support of moving oil


A friend said, ‘I’m in favour of human flourishing’ and … that made me think, ‘aren’t most of us? Are there really people who truly want to see others fail? 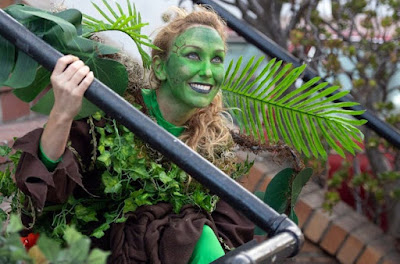 A lot of things happen that make me think there are … and some even speak in our political leader’s ears.

There is a segment of our society that stridently opposes development, the green environmental activists. They insist, development makes things worse, that ‘The Environment’ is really in trouble and the cause is us … humanity.

And from the disconnected-connected generation, ‘Wow, things are bad, yawn,’ … the typical response.

But our political leaders do listen. They are happy to take control of our energy supply and force Canadians to move into an energy-controlled, impoverished world.

Can that possibly lead to human flourishing? And yet, are we at all concerned?

Have we lost the ability to feel threatened when our leaders insist that the actions we take to support our lives, endangers the livability of the earth? Are we so ill-educated that we’ve forgotten we must use nature and its bounty to support our lives? Are we indifferent or have we’ve simply learned to not take any politician seriously?

Can we not see that access to inexpensive low-cost energy is the root of human flourishing?

A society flourishes when it has easy access to affordable health care, education, cars, planes and trains, food, vacation time, in other words, a time of plenty. A society founders when things become scarce, when all cost, all prices, are driven up needlessly. Restricting energy will do that.

Productive work, the jobs of producing things, is disappearing, buried under a smothering blanket of green regulation. It takes years and stifling cost to get approval to develop anything today.

We have squandered millions of tax dollars arguing, debating and obstructing any and all pipelines across this province, leaving Albertan oil land-locked, at the mercy of a single market, the United States, a country with little restrictions on development of their oil industry and today, a net exporter oil fossil fuel.

Yet there is something being fueled in Alberta. The indifferent and ungrateful lechers milking Alberta’s oil industry have so aggravated the citizens of that province making talk of separation from Canada, the hottest topic under discussion.

Will we see the Canadian dream end after 153 years?

While the federal Liberals, under Mr. Trudeau purchased and promised to approve the twinning of the Trans Mountain pipeline, they did not bother to send any representation to speak favouring the project in the latest court challenge. The government’s sincerity in support of this pipeline is questionable as the loudest voice in Mr. Trudeau’s ear is his faithful, anti-oil environmentalist, Gerald Butts.

And the British Columbia’s population is split between two factions, one fighting pipelines while complaining about gas prices … the other silently suffering the abuse of paying both gas prices and the taxes to fund every protester.

If you’re into counting, more than 10 years have gone by and millions of dollars have been spent but there has yet to be a ‘shovel in the ground’ in support of moving oil. Dead on arrival is the best way to describe the pipeline history of this province … and some folks cheer though I doubt they understand what it costs them personally.

And what about you? Are you one of the many willing to suffer in silence? We all bear the cost of not speaking out.

Are we willing to fight …to meet the green curse with full force? Are we ready to fight to take back our stolen right, the right to life … of using the earth to support our lives? Or is public apathy just too deeply embedded, in your soul as well as your neighbour’s?

We are not going toward a better future. Yet, it’s almost impossible to find anyone in politics today brave enough to fight the destructive trend that’s leading to human foundering.
Have we all become so afraid of being unpopular that we now avoid saying what’s right …speaking out to challenge those who are determined to bring an end to our well-being?

As that mythical ‘3 score and 10’ is now some distance behind me, the urgency of putting all my ideas to ‘pen’ can’t be denied -- but I will refrain from cluttering this blog with the half-baked ideas. None-the-less I’m probably not going to finish everything as every year there seem to be more to do … ah, such is the retired life.

Some years back I began to practice writing, my intention being to offer a rational opinion when outlandish statements were made in the press. Well, since that time the press hasn’t gotten better, rather if anything, it’s far worse. I’m still expectantly waiting for reason to return to our society, though I’m not holding my breath.