If your mortgage isn’t up for renewal for another year or two, fret not

Falling mortgage rates over the course of 2019 have reduced the rate increase shock for those renewing a mortgage.

While those renewing a mortgage this year are still locking in at a rate higher than their previous rate, that increase is quickly declining, according to data from the Bank of Canada (BoC). 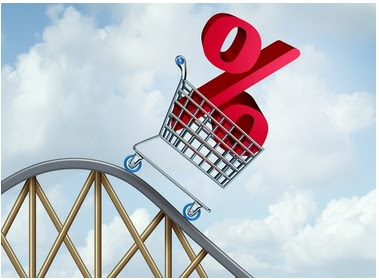 “The average household renewing a mortgage so far in 2019 faced a rate increase of about 35 basis points relative to the rate at origination,” noted the Bank of Canada’s latest Monetary Policy Report, released last week. “However, these increases have been diminishing throughout the year, peaking at 80 basis points in January and falling to just 10 basis points in August.”

This is thanks to a steady decline in fixed rates, which have been driven down by multi-year lows in bond yields (which lead fixed rates).

The average 5-year fixed rate available through a broker is now 2.70%, according to Mortgage Dashboard. That’s down from an average of 3.12% in January.

For those with a variable-rate mortgage, the average rate increase experienced at renewal is 65 bps, the BoC says, noting this has resulted in a “noticeable shift away from variable to fixed-rate mortgages.”

The percentage of those choosing a floating rate has fallen to 16% in 2019, down from 30% at origination.

Another trend developing is that more borrowers are choosing short-term fixed rates, rising to 47% from 35%.

It’s no wonder, given that 2- and 3-year rates have been on fire this year. For much of the year, Ontario credit union DUCA was offering an insured 2-year rate at 1.99%. Unfortunately, that offer just ended this week.

Though nationally available insured short-term fixed rates can still be found at a discount to most variable rates, at 2.45% and 2.49% for two- and three-year rates, respectively, according to rate comparison site Ratespy.com.

What’s in Store for 2020-21 Mortgage Renewals?
If your mortgage isn’t up for renewal for another year or two, fret not. The Bank of Canada forecast that those renewing in 2020 and 2021 won’t face materially higher rates, so long as mortgage rates remain near current levels.

The Bank suggests that a household currently with a 5-year fixed rate that chooses to renew into another 5-year fixed would face a rate increase of only about 10 bps next year, and about 25 bps in 2021.

Unless, of course, you do what many others are choosing to do and lock into a cheaper short-term rate.

“Other renewal options are also possible, with some shorter-term fixed rates potentially leading to rate decreases,” the BoC notes. “Overall, mortgage debt-service ratios at renewal are likely to continue to decline on average.”

Paying down your mortgage more aggressively during the term is also another way to reduce debt servicing costs at renewal. According to the Bank of Canada, about 20% of households made mortgage prepayments in 2019.

ABOUT THE AUTHOR ... Steve Huebl
Steve Huebl is a graduate of Ryerson University's School of Journalism and has been with Canadian Mortgage Trends and reporting on the mortgage industry since 2009. His past work experience includes The Toronto Star, The Calgary Herald, the Sarnia Observer and Canadian Economic Press. Born and raised in Toronto, he now calls Montreal home.