Yesterday, the government of BC announced it will be restricting access to vaping products, flavours, nicotine content -- as well as advertising – and that it also intends to increase taxes on vapour products ... this to protect youth from risks associated with vaping.

“Some vaping manufacturers are using flavours and advertising to entice and normalize vaping for youth – introducing a new generation to very high levels of a very addictive drug,” said Adrian Dix, Minister of Health. “As a result, youth vaping rates are rising, putting them at risk for addiction and serious illness. That’s why we are bringing in the most comprehensive plan in the country, and supporting young people to end this dangerous trend.”

For his part, Kamloops South Thompson BC Liberal MLA Todd Stone, who himself introduced a private members bill regarding access of vaping products, stated:

“Today’s vaping announcement is the result of incredible work by many people - parents, educators, heath professionals and even a few politicians!”

He continued ... “I’m pleased that the BC govt is finally taking action to curb youth vaping, including movement on virtually every item we’ve been calling for over the last 7 months such as tougher retail controls, stiffer penalties, more enforcement, a ban on advertising, nicotine level restrictions, flavouring restrictions and education”.

Speaking with Stone last night, I asked him if there were any parts of what he had proposed in his private members bill, that were in the upcoming NDP legislation ... and what, if anything, was missing? 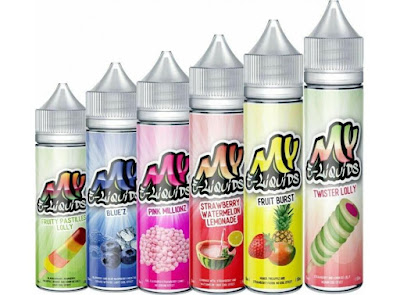 “While I had been calling for a ban on flavouring altogether, the government has opted to impose strong restrictions, which is a step in the right direction”, he indicated to me.  He then continued:

“On the education piece, the jury is out on whether the NDP government is adequately funding what’s really needed - we’ll see. I’ll continue to advocate for tough action to combat youth vaping, holding the government accountable for implementing actions quickly and providing necessary funding for in-school awareness, prevention and support programs”.

In making its announcement yesterday, the provincial government stated that to further deter what it called ‘harmful behaviour’, it would be introducing legislation later this month to increase the provincial sales tax (PST) rate applied to vaping products. Finance Minister Carole James stated the tax, expected go into effect on January 1st of next year, will be increased from its current rate of 7%, up to 20% -- this will make British Columbia the first province in Canada to introduce a specific tax rate related to vaping products. The tax is to be applied to all vaping devices, the substance or juice that is used with the vaping device, as well as any vaping part or accessory.

I asked MLA Todd Stone what he thought about the tax increase.
“The PST going from 7 to 20%, on all vaping products, is a steep increase - we’ll watch closely to see if this ... only serves to push more people to the black market -- and to see if all of these revenues go towards funding the education pieces”.

His concluding comments to me were that moving forward, there was lots to hold the NDP accountable for, but that it was an action plan worthy of acknowledgement as a good first step.

He concluded, “This issue has always been non-partisan for me - it’s about the health and we’ll-being of our kids”.

The proposed legislation announced yesterday will also include increasing the tobacco tax rate by two cents. Effective January 1st, the tax applied will be 29.5 cents per cigarette, and 39.5 cents per gram of loose tobacco.

Nicotine gum, patches and similar smoking cessation products will continue to be exempt from the Provincial Sales Tax.