The government isn’t doing us any favour -- each and every community in BC provides services, which have to be paid for one way or the other


The City of Kamloops is receiving a grant of nearly $1.3 million; it’s being paid to the city in lieu of taxes.

And the reason for this? 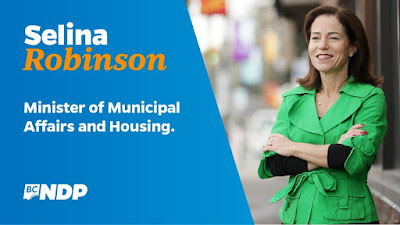 Under the federal Constitution Act, the provincial government is exempt from paying taxes.  Regardless, they still use exactly the same resources that local governments provide each and every resident and business.  You know, things like maintain roads, building new infrastructure, providing water and sewer services – the list goes on.

So, when Selina Robinson, Minister of Municipal Affairs and Housing and Minister of Citizens’ Services indicated that, “These annual grants play a critical role in helping local governments with planning – they use the funding to provide vital services and infrastructure that help improve people’s lives”, she was stating the obvious.

The government isn’t doing us any favour.  Each and every community in BC provides services, which have to be paid for one way or the other.

The fact that the provinces doesn’t pay taxes directly, and instead provides grants, shouldn’t give them any reason to be boastful or proud. They are simply doing what they should – paying for the services they consume, and use, here in Kamloops, and every other community in the province.

North Cowichan Mayor Al Siebring indicated to me that, “Historically, it (provincial grants) has worked well. There may be a perception that things have gone somewhat out of balance. I couldn't give you a definitive answer as to whether that's true without doing some research, but we operate on the premise that on the whole, these amounts would functionally cancel each other out”.

When asked, Cariboo Regional District Director Steve Forseth agreed government grants paid to BC communities are indeed roughly equal to what communities would receive if the provincial government actually paid taxes instead.

He then went on to remind me ... “In the late 90s, the program was suspended under an NDP provincial government in the name of budget restraint. Local governments at the time were furious as there was not previous consultation on that decision”.

It seems all governments seem ready, at times, to withhold financial resources when it suits them ... or to lavish, with as much fanfare as possible, moneys that were ours to start with.

While in Kamloops earlier this week, NDP MLA Ravi Kohlan boasted; “... it’s great to be able to celebrate the work the city (of Kamloops) will be able to do with the help of this financial contribution ...”

He can call it a ‘financial contribution’ if he wants to, however the reality is they are simply doing what they should be doing – paying for services they receive!