This issue is important to BC families and has been ignored by the BC NDP, BC Liberals, and the BC Greens for far long enough


Yesterday, the BC NDP government of Premier John Horgan, announced that ... oil and gas companies in British Columbia will be forced to reveal to consumers how gas prices are set, as a result of new legislation that was introduced. 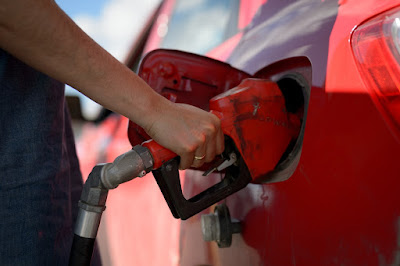 Bruce Ralston, Minister of Jobs, Trade and Technology, stated:
“It’s incredibly frustrating to watch the price of gas shoot up for no reason, and British Columbians are tired of feeling ripped off whenever they fill up their vehicles.  This legislation sends a message to oil and gas companies: the days of setting your prices in total secrecy have come to an end.”

According to the BC Conservative Party however, current and previous governments are the problem.

Party leader Trevor Bolin itemized a number of reasons for high prices including ... a serious lack of refineries, lack of services, lack of foresight and continued tax grabs for the past three decades.

“In the same past decades, our neighbours to the East have invested in refineries, exploration, future planning and development, and most importantly the reduction of carbon fees and taxes all saving residents at the pump”, Bolin said while speaking to me last night.

“This issue is important to BC families and has been ignored by the BC NDP, BC Liberals and The BC Greens for far long enough”
~~ BC Conservative Party leader Trevor Bolin ~~

“The BC NDP continue to claim they don’t know what the issue is”, he continued.  “They have yet to bring up the lack of refineries for our provincial market, the fact we have the highest Carbon Tax in the country, the highest Provincial Taxes in the West, and of course Municipal supported taxes all adding up to the gouge at the pumps”.

In announcing upcoming legislation yesterday, Jobs, Trade, and Technology Minister Bruce Ralston asserted that; “... by pulling back the curtain, these companies will be publicly accountable for unfair markups and cost increases that cannot be explained. It will also produce a common set of facts moving forward, allowing us to properly evaluate other policy measures to bring fairness to the price at the pump’.

According to the provincial government, their response with new legislation was due to the BC Utility Commissions investigation which alleged a lack of competition and substantial markups in the province’s gasoline market.  This they stated included a 10 to 13 cent / litre premium being charged to drivers that industry was unable to explain during the Utility Commissions inquiry – this unexplained premium, they said, results in British Columbians paying an extra $490 million every year.

For provincial conservatives however, this is not the only problem – far from it, it seems.

“The BC Conservatives would scrap the carbon tax reducing fuel almost 9 cents a litre across the province, work with industry and investments for expansion of existing refineries and the addition of a strategically planned third facility which will assist in shortages and over demand”, stated Bolin.

“Overhauling the provincial tax rate (Motor fuel) will reduce costs even more. This three-stage plan would reduce prices at the pump, and keep fuel purchases in BC, preventing the spillage of millions of dollars from leaving British Columbia”, he concluded.