I learned in the early days in elected office that when controversy or disagreement erupts it is best to move toward it. Think of grabbing the hot pan just out of the oven with your bare hand, the natural response is to remove it as quickly as possible for fear of getting burned.

In politics, it seems the opposite is true. In my experience, when things get heated, withdrawing into silence often creates more of a challenge. 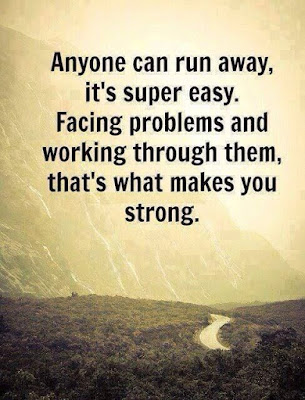 It’s not always easy to confront the discomfort head on. However, it is much better to go straight at the issue than to let the discontent foment. Often a lack of response is interpreted through an individual’s own perspective and the quiet is, by extension, agreement with the disagreement or vice-versa.

On the political landscape, silence equals a lack of accountability or an unwillingness to be transparent. It is the oxygen for the fire and what was once small quickly grows out of control and it is usually fueled by speculation.

It's for that reason that the discomfort of moving toward the heat as quickly as possible is the best policy. As a result, I have made it the culture of my office to respond to each and every email that comes to me as soon as is possible.

Further, when you email my office to advocate or encourage me to act on an issue, it is not likely the last time we connect. Especially if we are working on an issue in our legislative office, such as old-growth logging or salmon. As we get more information, I get my team in the constituency office to email you back.

It's remarkable the number of times I hear back from people that my office was the only one to respond to their advocacy. People are even more taken aback when we email them to provide an update on the issue they are concerned about.

I'm in a very emotional business. Everything we do has an impact on people, their livelihoods, their safety and security. Silence sends a message that I am all to happy to have the benefits of the position without appropriate concern for the real issues people face as a result of the decisions we make to do, or not do, something.

After all this has been said, it comes down to showing respect for the people we work on behalf of. It's my goal to meet people in person, listen intently, keep an accurate record, challenge incorrect assumptions and, in the end, do the very best I can to represent them.

That's at the heart of this blog and my podcast: to have a voice, to give a voice and to share a voice. I will try to never shy away from the difficult work of facing the difficult and when the heat gets turned up, walk towards it.