Can You Qualify for A Mortgage After A Consumer Proposal

After you file a consumer proposal*, the last thing on your mind might be a new mortgage, but you may be a lot closer than you think. Maybe you wish to buy a home, or you own a home and are interested in refinancing your mortgage. Let’s first talk about purchasing a home.

When Can You Buy A Home After A Consumer Proposal?

Actually, this question comes up often. People want to know how soon can they buy. Sometimes they ask right after they file their consumer proposal, and other times it’s more than five years later, after they’ve paid it off in full. 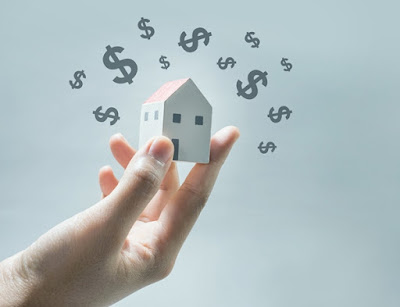 If you have at least a 20% down payment, you may even be able to buy as soon as you complete your consumer proposal! As in, immediately.

You will almost always be working with either a B-lender or a private lender, but it is doable. But it’s more than just a matter of having finished your consumer proposal. Make sure you have been rebuilding your personal credit history—with new credit facilities and by cleaning up reporting errors. (There are ALWAYS reporting errors after you file a consumer proposal.)

If you have less than 20% down payment, you will be looking for a high-ratio mortgage, which has default insurance, from one of CMHC, Genworth or Canada Guaranty.

In that case, you will need at least two years of clean, new credit since you completed your consumer proposal. But it’s best if you have at least two tradelines (credit card, loan, line of credit, etc.) with limits greater than $2,000.

When Can You Refinance Your Home After A Consumer Proposal?

This, too, can happen very quickly—in fact, we have helped numerous homeowners refinance their homes so they could complete their consumer proposal early. In some cases, it was as soon as the terms of their proposal were ratified in court.

This is what we call a lump-sum consumer proposal, and can be a very attractive way to settle your debts if you are a homeowner.

Should You Pay Off Your Consumer Proposal When You Refinance?

Actually, there are a few private lenders who will allow you to leave your proposal unpaid while you extract equity from your home. But unless there are specific, logical reasons to doing this, it’s not something I recommend.

I prefer refinancing to completely pay off the remaining balance owing on the consumer proposal. There may also be other things you need money for at the same time—like a home improvement project or a child’s higher education, or other family debts.

CRA debt crops up quite a lot too, particularly for those who are self-employed. You can take care of all these at the same time, provided you pay off the consumer proposal.

Why Would You Pay off Your Consumer Proposal Early?

1) Fear of the mortgage renewal. This concern is very real if your mortgage lender had a credit card or loan product included in your consumer proposal. They might have no interest in offering you a renewal when your current mortgage matures. So, you need to get in front of this issue as soon as you can, if your situation allows for it.

If you want to fix the damage to your personal credit report resulting from your consumer proposal, you are going to have to wait until it is paid in full and you have a completion certificate from your trustee. Here is additional information on rebuilding credit after a consumer proposal.

3) Wish to be normal. When you have bad credit, everything in life seems tougher and more expensive. Even if you wish to rent a home, not buy one, the landlord will usually ask for a copy of your credit report. And if you want a new smartphone, or lease or finance a new car, bad credit will make it all that much harder.

If you allow your consumer proposal to run the full five years, that means it could be in your credit history six years altogether. It falls off three years after you complete, so keep that in mind. You can significantly shorten the waiting time by paying the consumer proposal off early.

4) Improve cash flow. In nearly all cases when we refinance a home where the owner is paying off a consumer proposal, they see an improvement in their monthly cash outflows. In a society where half of us are living paycheque to paycheque, this is attractive.

How Do You Refinance to Pay Off A Consumer Proposal?

First, your mortgage broker will do a thorough assessment of whether or not this is even doable. They will assess the marketability of your property, the amount of untapped equity, the reasons behind you filing your consumer proposal, as well as all the normal stuff lenders look at when reviewing a mortgage application.

An important consideration is your current first mortgage. Was it just renewed, or is it nearing maturity? Which lender is it with, and what might the prepayment penalty be if you were to break it and refinance to a new first mortgage with a B-lender?

Another consideration is whether or not your first mortgage is registered as a collateral charge, and if so, to what amount is it registered? We wrote about this a few months ago—it can make things difficult.

If refinancing the current mortgage makes sense, your broker will present your application and a presentation to the B-lenders most likely to entertain a file like yours. And they will bring back quotes for your consideration. If you choose to proceed, most of the time the entire process can be wrapped up in four to six weeks.

We actually see that happen less often than the other approach, which is to first apply for a private second mortgage. In this scenario, the first mortgage is left intact and a new lender is found who will lend enough money to cover the proposal balance, any other debts and needs, and all the expenses associated with the mortgage.

During the term of the second mortgage (usually one year), we take the opportunity to cleanse all the reporting errors from the credit report, and also to strengthen the borrower’s credit profile with new healthy credit. After a year (longer if that makes sense), we then refinance the two mortgages into a single first mortgage.

It would be normal to expect this new replacement mortgage to be with a B-lender, since the consumer proposal is still fairly fresh. Here are some insights into how to do this.

Ultimately, the goal is to take the homeowners back to the world of A-lenders. That is usually possible after three years, but we have seen instances where it happened much sooner.

But it was never going to happen if the clients didn’t first make the decision to pay off the consumer proposal ahead of schedule.

* A consumer proposal is a formal, legally binding process that is administered by a Licensed Insolvency Trustee (LIT). In this process, the LIT will work with you to develop a "proposal"—an offer to pay creditors a percentage of what is owed to them, or extend the time you have to pay off the debts, or both.