FELDSTED -- If this government can’t design a simplified system that we can live with, we need to find a government that can do the job 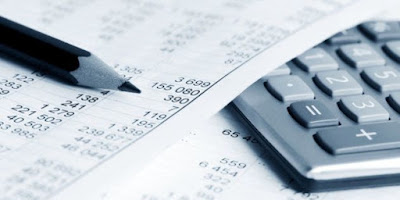 Morneau is adding complexity to an already incomprehensible Tax Act.

At a basic tax rate of 15% a taxpayer will save ($504 x .15 =) $75.60 or $6.30 per month in 2020. That will not offset carbon taxes or other pressured on increases in cost of living. There is also a catch to increases in BPA; if an employee does not file a new TD1 form with his employer in January, deductions will be based on the last TD1 form filed and payroll deductions will not diminish. The benefit will not be realized until the tax forms are filed in the following year.

What is particularly irking is that for taxpayers in the lowest two tax brackets – 15% (roughly $60K gross and under) and 20.5% (Roughly $61K to $120K gross), what matters is net income, that is income after taxes, CPP premiums and EI deductions.

There are better solutions

The first ... is to overhaul the entire Employment Insurance program, which has become a welfare system.

Rules should be universal across Canada and not tweaked by province or region. Maternity benefits, parental leave, and coverage for illness and disability should be separate, opt-in programs with separate premiums. Students working to raise funds to offset tuition should be able to opt out of EI premiums if they are attending accredited college, university or apprentice programs.

The second ... is to raise the earning limits for the Canada Pension Plan (CPP) -- without changing the benefits levels -- and eliminating disability coverage. That can provide funding for increases in Old Age Security (OAS) and Guaranteed Income Supplement (GIS) programs to assist pensioners dependent on CPP for their retirement income and living in poverty. That is preferable to raising income tax rates for the wealthy.

The third ... is to simplify our federal income tax system.

There is no justification for the highly complex and cumbersome tome we currently suffer with. If this government can’t design a simplified system that we can live with, we need to find a government that can do the job.