FELDSTED - Trudeau and Trump do not have to like one another, but must maintain a level of decorum and respect 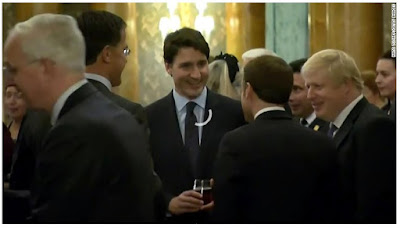 Apparently, Prime Minister Trudeau cannot help allowing his inner child to rule his behaviour. There is no excuse for Trudeau to mock Trump in public.

There are no “unguarded moments” at an international venue. Everyone present is “on stage” from arrival to departure. Hordes of media and private journalists armed with high quality video and sound equipment record every move.

Trudeau was not caught. He was exhibiting the same childish behaviour that he did during his excursion to India, trying to dress and dance like the native he is not. His hosts were insulted.

Trudeau fails to realize that if there was a “jaw dropping” announcement or pronouncement during the press interview, Trump’s political enemies will jump on it.

It is important to avoid the perception of appearing as one of those political enemies when dealing with a neighbour, important trading partner, and defence ally.

Trudeau and Trump do not have to like one another, but must maintain a level of decorum and respect that allows them to work together for the mutual benefit of both nations. Trudeau broke protocol, and aroused Trump’s ire, with nothing positive achieved.

International politics is measured in points and is like money; one can create a political deficit that reflects badly in future dealings. Trudeau is well on the road to rendering Canada inconsequential in international dealings.