FORSETH: The comments of Attorney General David Eby, at least in my opinion, very much pre-judges the reasons why an individual may be before the courts


Three days ago (Dec 16th) in Williams lake, BC NDP Attorney General David Eby issued a statement in support of the new Indigenous court:
“Our government is committed to addressing the over-representation of Indigenous peoples in the correctional system, which has its roots in systemic discrimination and the impacts of inter-generational trauma from residential schools.

“The Province is working with Indigenous communities to establish Indigenous courts throughout British Columbia. These courts offer alternative sentencing options that honour traditional cultural practices, support rehabilitation and acknowledge the impact the person’s actions have had on others.

He then concluded, “It will support better outcomes for people in conflict with the law and help reduce the over-representation of Indigenous peoples in our jails. It also brings us one step closer to reaching one of our most important goals as a government – building a justice system that better respects and addresses the needs of Indigenous peoples.”

Let me begin by saying that it is a sad state of affairs when an individual, no matter their race, colour, sexual orientation, or religious beliefs must be concerned about speaking out for what they believe may be wrong.

I find myself in that very position now, however I am going to state what I believe regardless.

While I believe the Indigenous court system provides positive results, I think the comments of Attorney General David Eby very much pre-judges the reasons why an individual may be before the court system in the first place.

Furthermore, I believe it is also prejudicial towards the expectations of the resulting outcomes of a trial – whether in a regular or Indigenous peoples court.

Dozens of people we walk past, and see every single day, live lives that are very much developed by their family’s history, their upbringing, outside influences, if they have been sexually or physically abused, by genetics, through the ravages of drugs and / or alcohol, and by how they themselves have chosen to live.

Some may be scared by the impacts of war ... sustained sexual abuse ... the list goes on.

How we chose to make our way through life however, is a decision we have to make – and for some it is a painful, gut-wrenching, difficult thing to do.


Society and government therefore, I believe, is obligated to provide every support needed for those who have been victimized. That support must cover a wide range of things from counseling, education, safe places to live, treatment centres ... and those are just the obvious ones.

The costs will be high, but what is a human life worth, and how much value do we place on it?  What will be the never-ending costs of doing nothing? 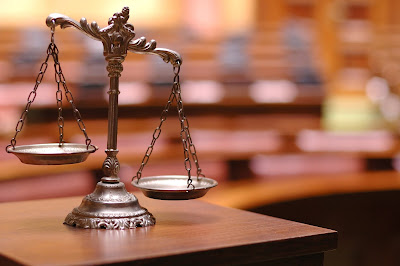 The comments of David Eby should make us stop and consider if this is a road we want to travel, or if instead we want to provide individuals with what they need to become whole within.

To me, that’s an outcome that we should be striving for.