Just the other day, from the Alberta government, came news regarding the on-going, and apparently never ending, softwood lumber dispute:

Their government’s Minister of Agriculture and Forestry, Devin Dreeshen let it be known that … “We are disappointed with the US International Trade Commission’s finding that Canadian softwood lumber hurts the US industry. Alberta will continue to support Canada in defending our forest sector through litigation and appeals, including at the World Trade Organization”.

“We will continue making our case until it’s understood that the Canada-U.S. softwood lumber trade creates benefits on both sides of the border. The imposition of US duties on Canadian softwood lumber is completely baseless.” 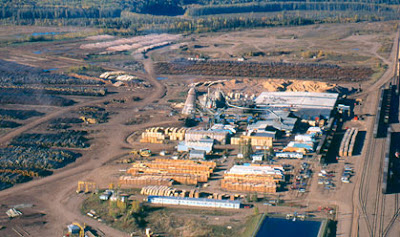 Regrettably the comments of then Minister of Foreign Affairs (now Deputy Prime Minister, Chrystia Freeland -– back in early September -- seem hollow and echo as empty from afar in Ottawa.

So how has that gone for Canada, the defense of our softwood lumber sector – especially here in BC? 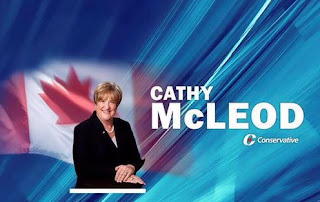 When I spoke with her about the situation, late on Thursday afternoon, she stated:
“Deputy Prime Minister Freeland repeatedly told the House of Commons that Canada is challenging the tariffs at the World Trade Organization, where we have a history of winning cases. However, the WTO is currently in disarray, since the United States is blocking new appointees to the organization’s Appellate Body, which has paused all operations. The Liberal Government has not presented Canadians with an alternative plan for resolving the issue”.

McLeod then went on to tell me; “ ... the Trudeau Liberals have failed to get a softwood lumber agreement with the United States, and softwood is absent from the USMCA (NAFTA 2)”.

“Closures and curtailments of softwood lumber mills continue to devastate rural communities across British Columbia. There are numerous factors, but crippling US tariffs are creating unnecessary strain on the industry”, she concluded.

And McLeod is accurate in that statement.

Still for a number of reasons, not just punitive duties on softwood lumber, BC’s forest industry is in near collapse, with numerous mills closed forever, shift reductions, along with short-term shutdowns.

According to the BC Liberals, one factor is the unwillingness of the NDP to intervene in the near six-month strike between Western Forest Products, and the United Steelworkers – a strike which is causing economic suffering throughout forestry-dependent coastal communities.  They have indicated that workers, desperate to get back to work, continue to plead for action from John Horgan and his provincial NDP government.

“The government has options that could end this strike and get 3,000 forestry workers and contractors back to work right away,” said Liberal Forestry Critic, and MLA, MLA John Rustad.

“It’s been over a year since the NDP introduced its failed Coast Forest Sector Revitalization program and yesterday’s flip-flop by Forestry Minister Doug Donaldson confirms there was no economic analysis done in the first place … and it’s forestry workers that are left paying the price. In the midst of a crisis, this government continues to make things up as it goes along.” 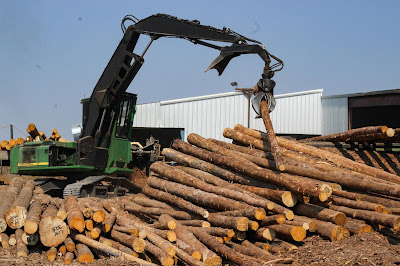 While angry meetings with out-of-work forest workers in Port Hardy and Port McNeill took place on Thursday with North Island MLA Claire Trevena and Forestry Minister Doug Donaldson, according to the Liberals, the government offered nothing and only created more market uncertainty in the industry by announcing a temporary retreat from recently announced policies that will continue to drive up costs and make the BC forest industry even less competitive.

“The pattern of failure that has led to a crisis in the interior’s forest industry is being repeated once again here on the coast,” said Rustad.

“The fact the NDP is … weighing down the industry with all sorts of new fees and penalties only demonstrates that they were wrong-headed in the first place … and this week the labour minister confirmed the NDP won’t lift a finger to help forest workers. This is a complete gong show”, Rustad concluded.

With just four days before Christmas, many families of those who have been working in BC’s forestry sector are facing a bleak year ahead.  Others are likely counting themselves lucky if they’ve only had reduced shifts, or temporary shutdowns.

Rustad is right … this is a complete gong show!