If real justice was served, this individual would serve multiple week sentences in the same asbestos laden facilities they are forcing employees to work in


In reading the following post, you may wonder, as did I, how an individual could possibly remain in business with multiple stop work orders – especially relating to asbestos removal.  WHY is the provincial NDP government allowing someone with over SIX HUNDRED THOUSAND DOLLARS IN UNPAID FINES ... contempt of court charges for continued violations ... and multiple stop work orders to continue in business.

HOUSE ARREST in a pig-eye! 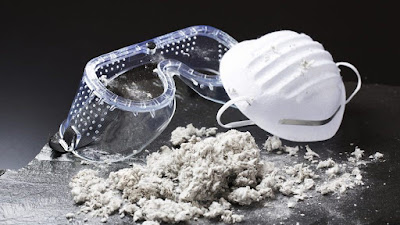 This individual, and others like them, should be forced to serve multiple week sentences in the same asbestos laden facilities they are forcing employees to work in ... and people living in neighbouring homes to be in contact with!

VANCOUVER: (COUNCIL OF CONSTRUCTION ASSOCIATIONS)
Labour advocates are calling on the province to require asbestos removal companies to be licensed after a serial offender was sentenced to house arrest for exposing workers and residents to harmful materials.

Insulation industry advocates say this case and others highlight the need for regulation.

“The asbestos removal business is simply out of control and it is critical that the BC government immediately move to license all asbestos removal and consulting firms so workers and residents’ lives are not being put at risk,” said Neil Munro, business manager for the BC Insulators Union, in a media release. “The flagrant violations happening across the province demand that action be taken to save lives from exposure to deadly asbestos.”

Justice Marzari stated that previous punishments had little impact on Singh’s compliance. Since 2010 he has faced more than $600,000 fines, mostly unpaid, for repeatedly breaching health and safety laws. He has also been permanently banned from working in the asbestos removal business after WorkSafeBC issued over 230 orders to comply with regulations.

The Workers Compensation Board had asked for a one-year jail term for Singh, however Justice Marzari opted for house arrest instead due to Singh’s personal life-threatening health concerns.

The BC Insulators Union, Vancouver-New Westminster Building Trades Council and BC Federation of Labour called Singh and his companies a “flagrant violator of safety laws”. They also noted that recently another company, H & B Construction Inc., was issued four stop-work orders by the Workers Compensation Board after it was reported that its workers were removing asbestos-contaminated material from a Vancouver house demolition site without proper protection.

“There is absolutely no safe level of asbestos exposure for anyone, worker or neighbour, and this case shows how urgently we need the province to license any company removing asbestos,” said Towsley. “In addition to this outrageous situation, other unscrupulous asbestos removal companies have dumped bags of asbestos-contaminated drywall in back alleys in Vancouver and Burnaby in recent years, meaning anyone could be exposed to this carcinogenic material.”

Laird Cronk, BC Federation of Labour President, explained that unions and the federation have been calling for the licensing and regulation of asbestos firms for several years.

“These cases show the pressing need for the BC government to act now,” Cronk said. “They also demonstrate the need for a certified program for workers handling asbestos, as well as more resources to support proactive enforcement and monitoring.”

The officials highlighted that several other jurisdictions have licensed asbestos removal firms, including Washington State and Oregon in the U.S., the United Kingdom and Australia.

“The models are there, the need is urgent and people are going to die from asbestos exposure, so let’s get it done and done now,” Munro said.

Labour advocates are also asking the province to train and certify asbestos workers, consultants and surveyors. In addition, they want the province to create new disposal sites, a disposal rebate program, standardized asbestos testing for laboratories and an awareness program on exposure risks in the automotive repair sector.

Finally, they want proper compensation for workers who suffer asbestos-related diseases. Asbestos is the leading cause of workplace deaths in B.C., predominantly from mesothelioma, with 47 work-related deaths recorded in 2018.