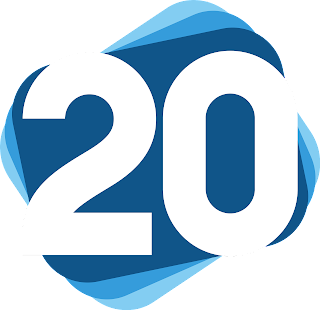 
"We will reduce Greenhouse Gas (GHG) emissions in BC by more than 30% without, a Carbon Tax" ~~ Trevor Bolin, leader of the BC Conservative Party


British Columbia is at a pivotal turning point in our environmental and economical future. We have vowed to Scrap the Carbon Tax, vowed to build a sustainable resource industry, and now, we can also be a provincial leader in making our economy and environment benefit all British Columbians.


When Trevor Bolin spoke of dramatically reducing Greenhouse gases, he said to me;


“It’s not about a carbon tax, it’s about changes that should have happened in BC a long time ago. We must partner with business, municipalities and Regional Districts to eliminate land fills, reclaim them, and use the waste (all of it) for agricultural fuels”.


He continued, “This is a plan that although seems extremely large, can be implemented within a year. Municipalities in Alberta have already begun, the technology has been around for 20 years”.

Placing a tax on ‘so-called’ pollution isn’t a realistic way to lower greenhouse gas emissions, it’s little more than another revenue stream, and a way for those holding the reins of power to attempt to persuade the people of BC that something is being done.


In fact, burdening business with excessive taxes only takes away financial resources that should going towards truly making a difference.


Instead, government must encourage and promote all sectors of our economy to create true environmental reduction strategies – and that includes continuing to develope technologies through advanced education institutions, and research centres.

“This (using waste to fuel the agriculture industry) is one example of changes we can make to our everyday life that will enhance our communities, our homes and our planet”, Bolin concluded.


I hope that you found the ’20 for 2020’ series informative, that it caused you to think about how we are governed, and hopefully also spurred your own ideas that I encourage you to bring forward to those who would ask for your vote in the next provincial election.


And with that, here is the complete list from this series:


#1 … those who wish to lead, should acknowledge that government must be about people.


#2 … a review of services provided to areas and regions where much of the provinces revenues are collected from.


#3 … there should be a full review of all license costs and fees, which the provincial government has imposed upon us, to see where and how they are being used


#4 ... we need a permanent fix to the problem of keeping medical practitioners in some of the more rural areas of the province


#5 ... put an immediate end to the Community Benefits Agreement


#6 ... the next BC government must be committed to sustainable resource development


#7 ... government should make treatment for chronic conditions free to residents


#9 ... Bids submitted to build future ferries will include not just the lowest submission that meets structural requirements, but will also include the financial benefits of building in BC


#10 ... soberly audit the health ministry with a mind to make adult decisions for the long-term betterment of our health and care


#12 ... Make politicians accountable to their electors, and maybe convince British Columbians that it is actually worth it to cast a vote


#13 ... This is NOT to reduce budgets for these three ministries, INSTEAD, it is to ensure what’s allocated provides BC residents the best services and education possible


#14 ... The public should be able to hold the BC Medical Association (and its members) accountable for their policies and practices


#16 ... The carbon tax, which adds hundreds of dollars a year to the cost of living for each of us ... and untold thousands of dollars to BC businesses and industry ... must end


#17 ... reconfigure all government ministries, to more closely align them in sensible groupings, or singular entities


#19 ... instead of some attempting to build society into a model of their own choosing, there needs to be an open dialogue and sharing of beliefs and opinions